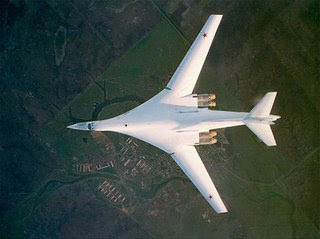 It is as good as interesting that in the world we could find more than one technological development that looks to achieve the same goal. This shows the human being creativity but it has also the virtue not to restrict us to just one kind of technology and also to challenge us to know and understand alternative technologies.

Russia has developed a different technology than the American one to make “stealth” their military airplanes, that is, that  they could not be detected by radar.

For that purpose, the Russians use a ionic plasma screen.

In a statement opportunely made to the press by Anatoly Koroteyev, director of the Keldysh Research Center, he said that the technology of plasma screen could be used in any kind of vehicle –from cars to airplanes— but it works better at high altitudes and that is why it is used by the Air Force.

Koroteyev explained that differently to the American technology that deflects the radar waves, this new technology completely disperse them using the plasma screen created by a mobile plasma generator.

The generator is small and light. It weighs less than 100kg and consumes little more than several dozen kW of power. The instrument emits powerful electron beams that ionize the air around the aircraft effectively creating a plasma cloud around it.

The Russian scientist said that initially the generator disrupted the work of on-board electronic systems and prevented radio communication but that those problems have been overcome.

Koroteyev said that the new technology can be used in any kind of aircraft, including the older ones and that it is radically cheaper than the technology employed by U.S. stealth planes while being just as effective, if not even more.

This new technology would allow the Russian airplanes to be better than the US models in their flight and combat capabilities — as the use of the plasma screen makes it unnecessary to alter the shape of the aircraft.

Russia also waits that fifth-generation engines would be created by 2010.