With very important information about analyzed pictures of "ufos" plus references to recent published books, we recommend to read the latest FOTOCAT blogspot of our dear friend and colleague Vicente-Juan Ballester Olmos.

You find it at 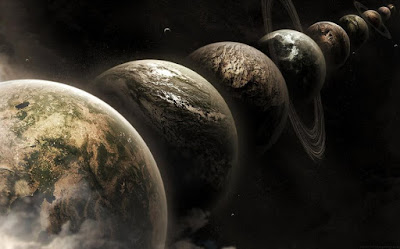 The multiverse idea states that there are an arbitrarily large number of Universes like our own out there, embedded in our Multiverse. It's possible, but not necessary, for other pockets within the Multiverse to exist where the laws of physics are different.

In my survey to a selected en very important group of UFO investigators and scholars, [ read the book “Aliens, Ships and Hoaxes” in Amazon] the last question was: What is your idea about multiple universes?

The answers varied between people that know about the subject, and people that don’t want to risk an opinion or those who really don’t know anything about this issue and think is pure fantasy.

To help everyone to form an idea about this, I have found this article and I share it with you hoping that it would be useful.

Under the title This Is Why The Multiverse Must Exist, the serious magazine Forbes, in its section dedicated to Science, recently published this material:


Posted by Milton Hourcade at 9:17 AM No comments: