An uneven distribution of stars in several nearby clusters may offer evidence of MOND – a controversial theory of gravity that disputes Newton and rejects the existence of dark matter.

The Hyades star cluster (pink) curls across the sky amid well-known constellations (green). The cluster is at the center of a controversial new study proposing an alternative to Newton's theory of gravity. (Image credit: ESA/Gaia/DPAC, CC BY-SA 3.0)

Astronomers observing star clusters in our galaxy have found evidence that controversially challenges Newton's laws of gravity and could upend our understanding of the universe. The puzzling finding could support a controversial idea that does away entirely with dark matter.

The researchers found this evidence by observing open star clusters, or loosely bound groups of up to a few hundred stars sitting within larger galaxies. Open star clusters have trails of stars, known as "tidal tails," in front of and behind them. The researchers' observations indicate that such clusters have many more stars sitting in the overall direction of their travel through space than trailing behind. This throws into question Newton's law of universal gravitation, which suggests that there should be the same number of stars in both tidal tails.

"It's extremely significant," astrophysicist Pavel Kroupa of the University of Bonn told Live Science. "There is a huge effect."

Kroupa is the lead author of a study published Oct. 26 in the Monthly Notices of the Royal Astronomical Society that argues the observations are evidence of modified Newtonian dynamics (MOND) — an alternative theory of gravity to Newton's widely accepted universal law of gravitation.

This uneven distribution of stars is noticeable, but not extreme enough for any sort of dark matter — an invisible substance thought to exert a powerful gravitational pull on the universe's visible matter — to be involved, Kroupa said.

"This is basically a game-changer," he said. "This destroys all the work done on galaxies and on cosmology [that] assumes dark matter and Newtonian gravity."

San Jose, California-based startup Archer Aviation has unveiled a mockup of its Midnight production vehicle; a piloted, four-passenger air taxi that it says will enter service by 2025. 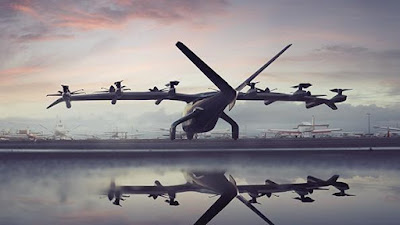 The air vehicle has 12 rotors driven by electric motors. The front six rotors tilt to transition between vertical and horizontal flight, while the back six rotors remain fixed and then stow in a lower drag placement during cruise.

The Midnight is based on the Maker demonstration eVTOL that Archer started flying in December 2021. That vehicle is flying multiple times per week and is poised to perform its first vertical-to-horizontal flight transition before the end of this year, Goldstein says. Archer expects the Midnight to reach critical design review in the first half of 2023.

NASA has awarded a contract modification to SpaceX to further develop its Starship human landing system to meet agency requirements for long-term human exploration of the Moon under Artemis.

With this addition, SpaceX will provide a second crewed landing demonstration mission in 2027 as part of NASA’s Artemis IV mission. 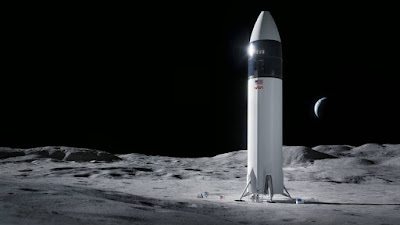 “Returning astronauts to the Moon to learn, live, and work is a bold endeavor. With multiple planned landers, from SpaceX and future partners, NASA will be better positioned to accomplish the missions of tomorrow: conducting more science on the surface of the Moon than ever before and preparing for crewed missions to Mars,” said NASA Administrator Bill Nelson.

Known as Option B, the modification follows an award to SpaceX in July 2021 under the Next Space Technologies for Exploration Partnerships-2 (NextSTEP-2) Appendix H Option A contract. NASA previously announced plans to pursue this Option B with SpaceX. The contract modification has a value of about $1.15 billion. 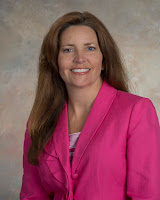 “Continuing our collaborative efforts with SpaceX through Option B furthers our resilient plans for regular crewed transportation to the lunar surface and establishing a long-term human presence under Artemis,” said Lisa Watson-Morgan, manager for the Human Landing System program at NASA’s Marshall Space Flight Center in Huntsville, Alabama. “This critical work will help us focus on the development of sustainable, service-based lunar landers anchored to NASA’s requirements for regularly recurring missions to the lunar surface.”

The aim of this new work under Option B is to develop and demonstrate a Starship lunar lander that meets NASA’s sustaining requirements for missions beyond Artemis III, including docking with Gateway, accommodating four crew members, and delivering more mass to the surface.

NASA initially selected SpaceX to develop a human landing system variant of Starship to land the next American astronauts on the Moon under Artemis III, which will mark humanity’s first return to the lunar surface in more than 50 years. As part of that contract, SpaceX will also conduct an uncrewed demonstration mission to the Moon prior to Artemis III.

The agency is pursuing two parallel paths for human lunar landers developed according to NASA’s sustained requirements to increase the competitive pool of capable industry providers – the existing contract with SpaceX and another solicitation released earlier this year. The other solicitation, NextSTEP-2 Appendix P, is open to all other U.S. companies to develop additional human landing system capabilities and includes uncrewed and crewed demonstration missions from lunar orbit to the surface of the Moon.

Under Artemis, NASA  will send a suite of new lunar science instruments and technology demonstrations to study the Moon, land the first woman and first person of color on the lunar surface, establish a long term lunar presence, and more. The agency will leverage its Artemis experiences and technologies to prepare for the next giant leap – sending astronauts to Mars.

NO OFFICIAL REPORT, SO FAR

As I predicted, there has been so-far no official report about UAP.
And I gave a logical reason. The report should have been done to Congress on October 31st., but –unbelievably— there is a mid-term election still to be defined: the one in the State of Georgia.
The runoff will take place on December 6th. Only after that date, it would be possible to expect the official report will take place.