A team of researchers with members from Universidad Nacional de San Juan, Universidade Federal do Rio Grande do Sul and Universidad Andres Bello has found evidence of a large extragalactic assembly hiding behind one part of the Milky Way galaxy. The group has published a paper describing their findings on the arXiv preprint server while awaiting publication in the journal Astronomy & Astrophysics. 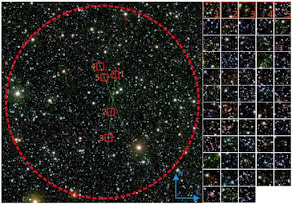 Space scientists have known for some time that there is one part of the night sky that is mostly obscured from view due to a bulge in the galaxy. Known as the "zone of avoidance," it makes up approximately 10% of the dark sky and has had researchers wondering what might be behind it. Because it offers researchers so little to work with, the zone has not been very well studied; thus, little is known about what it might be hiding. In this new effort, the researchers used a variety of tools to gain a better understanding of what might be hidden from view.

Over the past several years, scientists have used a variety of tools to probe the zone of avoidance. The researchers with this new effort started by gathering all of the data that has been collected so far and added more using information recently obtained from the VVV Survey.

The VVV Survey is a project sponsored by an intergovernmental research organization called the European Organization for Astronomical Research in the Southern Hemisphere. It involves multiple state-of-the-art research facilities located at multiple sites. The survey has been involved in studying the stars using infrared emissions rather than visible light. Such emissions are able to pass through the gas, dust and light from the stars in the bulge and on to instruments set up here on Earth.

In studying the infrared imagery, the researchers found that they were able to identify several galaxies that exist far beyond the Milky Way. And because of their numbers, the researchers believe that together, they make up what they describe as a massive extragalactic structure. They estimate that there might be as many as 58 galaxies in the structure.

Back in 2016, NASA took initiative by contracting with Lockheed Martin to develop a supersonic jet that does away with the trademark “sonic boom” – making supersonic travel easier for civilian passengers.But more recently, substantial progress has been made by a few startups working quietly behind the scenes.

Boom Supersonic announced (in 2020) that it had created the world’s first privately funded and developed supersonic jet. 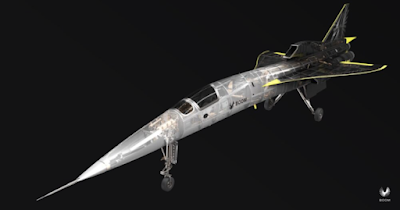 The aircraft is expected to make its first test flight sometime in 2022.

The XB-1 is essentially a way for Boom to demonstrate a smaller design of its commercial supersonic jet concept – the Overture.

Unlike other startups (which we will discuss below), the Boom Overture is expected to be a commercial airliner.

Boom predicts that it will carry 65 to 88 passengers, will fly at Mach 1.7 speed, and will be net-zero carbon emitting.

At this speed, Boom estimates that flights from Los Angeles to Sydney will take just eight and a half hours (compared to over fourteen hours now). And flight time from Tokyo to Seattle will be cut in half (to just four and a half hours).

And while supersonic travel is still prohibited over land in the US, this hasn’t deterred Boom. It estimates that there are still 500 possible routes connecting coastal cities around the world.

Aerion Supersonic, an aviation company started in 2004, has long been developing its supersonic business jet – one that was equipped with “boomless” propulsion.

Unfortunately, Aerion was forced to shut down in May of 2021 because of a lack of funding, leaving Boom as one of the oldest companies in this nascent market at just seven years old.

However, another startup also entered the fledgling market in 2019.

Exosonic made headlines in 2020 by earning a contract to develop what could become a supersonic Air Force One.

In addition to the Air Force One jet, Exosonic is developing the supersonic airliner that it says will be able to fly over land without emitting a supersonic boom.

The company expects to introduce this aircraft sometime in the 2030s.

The aerospace company Virgin Galactic has also thrown its hat into the ring.

Richard Branson’s space company is in the process of developing a business jet that can travel at Mach 3 (much faster than Boom, Aerion, or Exosonic’s current iterations).

This means that Virgin’s supersonic jet could take executives across the Atlantic in 90 minutes. The best the Concord did was three hours in 1996. 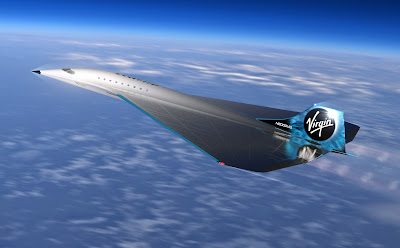 And while the jet has yet to be developed, the FAA and NASA have taken interest in certifying the aircraft.

The country's three Shenzhou 14 astronauts have entered the latest addition to their space station home. 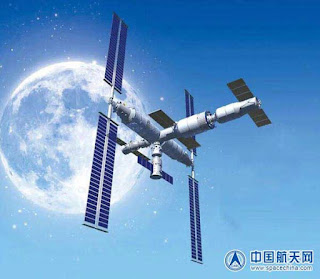 China launched Mengtian, the third and final module for its Tiangong space station, on Oct. 31. Mengtian, which means "dreaming of the heavens," docked at a forward port at Tiangong 13 hours later.

A similar procedure was conducted with the Wentian module in late September, moving the module to Tiangong's starboard docking port.

This means the China National Space Administration has now completed the construction of its T-shaped Tiangong orbital outpost, which consists of the Tianhe core module and Wentian and Mengtian experiment modules.

The country plans to operate Tiangong for at least years, during which time it aims to keep it permanently occupied and potentially host commercial missions to the station.

The astronauts will now be involved in testing the systems of the completed Tiangong space station in its T-shape configuration.

With the space station completed, the Shenzhou 14 astronauts are expected to welcome aboard the next crew, Shenzhou 15, before the end of the year.

A Long March 7 rocket is currently being prepared at the coastal Wenchang spaceport to launch the Tianzhou 5 cargo spacecraft which will deliver supplies to support Shenzhou 15 for its six-month-long expedition, with launch currently expected around November 12 (GMT).

A TIME OF SILENCE AND EXPECTATION

That is what we are living with since October 31, 2022, when –according to previous announcements— it would be the date when a new official document would emanate from the Office of the Director of National Intelligence—related to the investigation and study of UAPs done by the All-domain Anomaly Resolution Office (AARO).

But it didn't happen, and more than one person is looking for an explanation of why. We sent a letter to the Office of the DNI and we are still waiting for a reply.

It is possible that if the AARO reports that some of the UAPs seen and detected by US Navy pilots were drones and flying artifacts from China, then the DNI will try to have the information and opinion that the Central Intelligence Agency could have about that, and only when all the information from various sources is put together, then, the report to the Congress will take place.

In the meantime, what are some ufologists and serious researchers doing?

Both are recurring to old "UFO" cases, reproducing them and the speculations or conclusions arrived at that time.

The ufologists trying to demonstrate that the phenomenon is not new and that the most plausible explanation is that they are manifestations of extraterrestrial intelligence today, as it was supposed in the past.

The researchers, by accumulating reliable data that show that those old cases have had at their time enough rationale explanation as certainly they will have now.

My viewpoint is that the reference to old cases results to be anodyne.

What matters is now. We have a technology that we didn't have in the past. We have now different and sophisticated instruments we lacked decades ago. 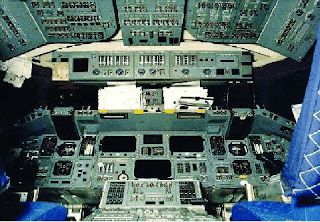 
Therefore, if there is really something that we want to know, --as we never were able to know before— we need to rely on the study and analysis of new cases. 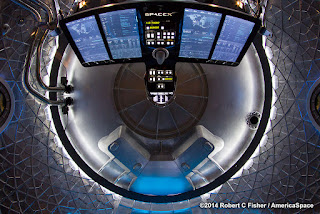 
Because that is finally a premise of doing science and not agitating our neurons with imagination.

For too much time we studied Space with telescopes. And every time it was possible, technology allowed us to see more and far away. 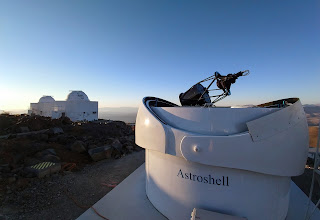 We did all that from the surface of the Earth. Later we were able to do it by orbiting the Earth. But it was not sufficient, and then we created the Hubble Space Telescope, overcoming effectively all the atmospheric optical barrier.

But it was not enough. And this year we sent the James Webb Space Telescope which translated our vision of Space near its beginning and also obliging us to review some ideas and ways to understand things that happen in Space. 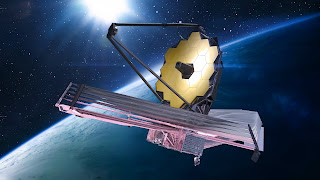 The same will happen with the study and analysis of new UAP reports. Going through the current filters, certainly we will acquire a more precise vision and concept of them and their real nature.