2400 new eyes on the sky to see cosmic rainbows

The Subaru Telescope successfully demonstrated engineering first light with a new instrument that will use about 2400 fiberoptic cables to capture the light from heavenly objects. Full operation is scheduled to start around 2024. The ability to observe thousands of objects simultaneously will provide unprecedented amounts of data to fuel Big Data Astronomy in the coming decade. 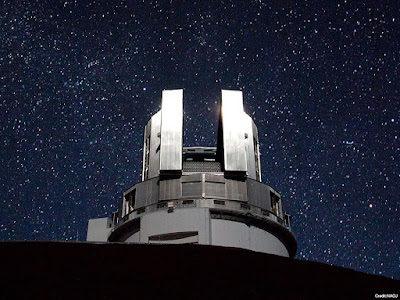 In addition to cameras, astronomers also use instruments known as spectrographs to study celestial object. A spectrograph breaks the light from an object into its component colors, in other words it creates a precise rainbow. Studying the strengths of the different colors in the rainbow from an object can tell astronomers various details about the object such as its motion, temperature, and chemical composition.

This new instrument, called PFS (Prime Focus Spectrograph), breaks visible light rainbows into two components: the red side and the blue side. So it might be more correct to refer to the data sets as half-rainbows. Combined with a third kind of detector which can see the infrared light invisible to humans, that makes one-and-a-half rainbows for an object studied with all three types of detectors.

Together with a widefield camera (HSC: Hyper Supreme-Cam), PFS will help launch the Subaru Telescope 2.0 project which will reveal the nature of dark matter and dark energy, structure formation in the Universe, and the physical processes of galaxy formation and evolution.

After a long wait, the FAA has published its proposed airworthiness criteria for Joby Aviation’s JAS4-1, providing the first detailed look at the certification basis for an electric vertical-takeoff-and-landing (eVTOL) powered-lift aircraft.

Eagerly awaited by the wider industry, the proposed airworthiness criteria were published in the Federal Register on Nov. 8, four years after Joby applied for type certification of its piloted four-passenger tiltprop and six months after the FAA changed course on certifying eVTOL aircraft.

Joby was first to sign a G-1 certification basis with the FAA, in May 2020, under Part 23 regulations for fixed-wing airplanes. But in May this year, the FAA decided instead to certify eVTOLs as a special class of powered-lift aircraft under Part 21.17(b). Joby signed a revised G-1 in July.

Because the JAS4-1 was not certified within three years, as required, the FAA approved Joby’s request for an extension and the date of the updated certification basis is June 2022. Joby is targeting approval by the end of 2024, but that could slip into 2025, when it plans to begin commercial service.

The certification basis is largely based on Part 23 with Part 33 for engines and Part 35 for propellers, but includes new performance-based criteria developed by the FAA, “because no existing standard captured the powered-lift [aircraft’s] transitional flight modes,” the notice says.

The proposed criteria include definitions specific to a powered-lift aircraft, such as flight modes, configurations and speeds, as well as electric engine and related propeller airworthiness standards.

In the event of a loss of power, airplanes can glide and rotorcraft autorotate to a safe landing, but not all powered-lift aircraft have these capabilities. For the JAS4-1, the FAA proposes a unique definition for continued safe flight and landing, and for controlled emergency landing, to ensure the vehicle has performance equivalent to a glide or autorotation.

For vertical takeoff and landing, the proposed airworthiness criteria are drawn from Parts 27 and 29 for rotorcraft, with changes to allow for safe operation of the powered-lift aircraft below the stall speed of the wing. The FAA has also developed proposed criteria to address the eVTOL’s alternating sources of lift: thrust-borne, semi-thrust-borne and wing-borne.

Excerpt of an article published in AviationWeek

HISTORICAL! After 50 years, NASA returns to the Moon. The agency's statement reads:

"Following the successful liftoff of the Space Launch System (SLS), the world's most powerful rocket, the agency's Orion spacecraft is en route to the Moon as part of the Artemis program. Carrying an uncrewed Orion spacecraft, the SLS lifted off to its first test flight at 1:47 a.m.Eastern Standard Time this Wednesday from Launch Pad 39B at the Kennedy Space Center in Florida. 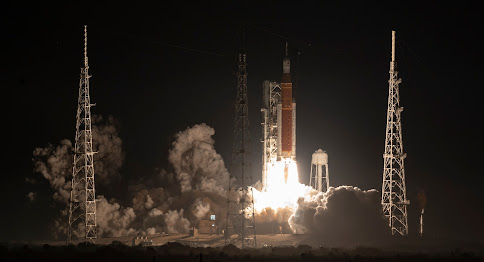 The launch is the first part of a mission in which Orion plans to travel approximately 40,000 miles beyond the Moon and return to Earth within 25.5 days. Known as Artemis, the mission is a key part of NASA's approach to exploration of the Moon and Mars, in which the agency explores for the benefit of humanity. It is an important test for the agency before the flight of astronauts on the Artemis II mission." 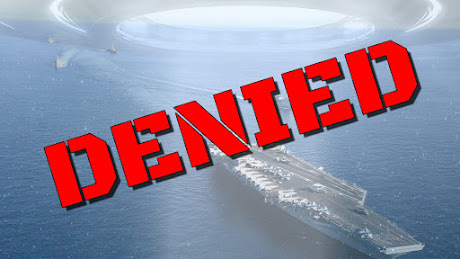 "The U.S. Navy Office of the Judge Advocate General just rendered their decision and denied a major FOIA appeal submitted by The Black Vault in September. This appeal was profiled on this channel (https://www.youtube.com/watch?v=rLUW3xmeGRI) and the hope was that the detail submitted in that appeal, along with the legal argument of justification for release, would rather render a decision reversing the original denial.

The result of this case may resonate throughout future “disclosures” (in the FOIA sense) and decisions by military branches and government agencies, all citing the UAP Security Classification Guide."