AN IMPORTANT DOCUMENT BY CHRISTOPHER MELLON 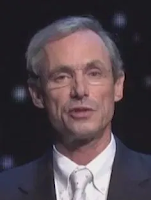 The pending House Intelligence Counterterrorism, Counterintelligence, and Counterproliferation (C3) Subcommittee Hearing on Unidentified Aerial Phenomena is a great opportunity for members to pursue important issues regarding UAP in space, government transparency on the UAP issue, how DoD is responding to last year’s legislation on the UAP issue, and ongoing problems with Air Force compliance. The following are some major issues and questions that I hope are raised on Tuesday:

Perhaps the most important issue to consider for Tuesday’s hearing is the question of UAP in space. DoD and the DNI have acknowledged UAP in the atmosphere and even the ocean, but what about space? The USAF is trying to avoid the issue altogether by employing the highly pedantic argument that because ‘UAP’ references ‘aerial phenomena,’ they have no obligation to include space-based trackings in their UAP reporting. (I agree the term ‘UAP’ is linguistically problematic and should perhaps be changed eventually, but this doesn't excuse the Air Force’s behavior). If members can confirm UAP in space, they’ll make history and help to eliminate an entire category of potential explanations having to do with atmospheric phenomena, Chinese lanterns, civilian drones, etc.

The witnesses may say something to the effect of: “Well, we track tens of thousands of objects in space every day, mostly unidentified space debris and clutter.” Sure, but what about unidentified objects that maneuver and appear to be under intelligent control or are otherwise agential? Objects that vertically ascend or descend from orbit or cislunar space? If members can establish that this is not just an atmospheric and oceanic issue, but also manifests in the space domain as well, they will move the ball closer to the goal line by narrowing the range of possible explanations.

We understand that in the Nimitz case and others, UAP were detected descending from above 80,000 ft. Did the massive space surveillance radar at nearby Beale AFB not detect these objects along with the USS Princeton? If not, why not? More broadly, what about the innumerable number of cases reportedly involving objects seen shooting straight up and out of sight at incredible, potentially hypersonic speeds? It is hard to believe that with all this activity in the upper atmosphere, nothing has been observed in space that is equally mysterious in terms of origins and capabilities. With that in mind, here are some questions I hope come up on Tuesday:

Another meaty issue involves government transparency regarding UAP. In that regard, even as DNI Haines was publicly acknowledging this winter that our government is guilty of over-classification, the new UAP Task Force created a classification guide that seems to make anything and everything UAP-related classified! (For a fuller discussion see this Hill article.)

One of Tuesday's witnesses, Mr. Bray, the Deputy Director for Naval Intelligence, should be able to comment authoritatively as officials under his purview created the UAP classification guide.

There remains a large gap between the intent of Congress and the actions of the Pentagon on organizational issues. This merits some serious discussion. The Administration seems to envisage the AOIMSG as a small office that compiles reports, conducts briefings, and seemingly little else. To better understand the strengths or weaknesses of the Pentagon plan, I recommend asking about the pattern of “drones'' targeting Navy warships as a test case:

As we have recently seen in Ukraine and in the war between Azerbaijan and Armenia, drones can be devastatingly effective. This is concerning as we’ve had a sustained pattern of drones swarming and ferreting U.S. warships (e.g. the USS Russell, USS Kearsarge, etc.) as well as the THAAD missile site in Guam and a nuclear reactor in California. Yet, there appears to be little effort being made to identify the origin of these “drones,” notwithstanding the clear vulnerability of U.S. Navy warships. If confirmed through questioning, the lack of a meaningful plan to determine the origin of these vehicles would demonstrate the larger problem of a lack of accountability and ownership and high-level advocacy when it comes to the UAP issue. I think members will find it mostly business as usual in the Pentagon and no major initiatives to determine the origin or capabilities of these “drones.”