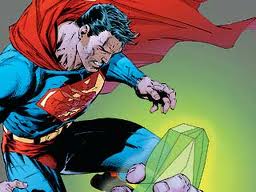 There was a time, long ago, in which the study of everything related to the then mysterious unidentified flying objects, was seriously addressed by different people in different countries.

Also at that time were formed groups that took on the task of trying to solve the mystery.

It was the beginning of what was later known as the "UFO phenomenon".

The challenge was huge.

All these people and groups had to create procedures, forms, codes and criteria to study cases occurring in their countries, besides to establishing contact with different people and organizations specialized in areas that possibly would be useful when a case had to be studied.
There was also a need to interview potential witnesses to an observation "in situ" implying often not an easy task.

Some places were very difficult to access because of its location. Witnesses may have had their experience in the city, in the countryside, in places far from population centers or even on an island far from the coast, for example.

Also there was a need to liaise with other national and international groups as well as foreign researchers.

It was also very important the dissemination through the media about the results of the investigations and to provide correct information on the subject in general.

Already at that time had appeared the opportunists of every occasion, the "mystical" and believers in the extraterrestrial origin of the enigmatic "objects" ... so it was a duty to confront them in order to put things in the right terms.

The task was very demanding.

It was a time of great creativity, activity, efforts and personal sacrifices but thanks to that many cases were clarified and a way was opened for those who were seriously interested in the topic to follow on.

The C.I.O.V.I. (Unidentified Flying Objects Investigation Center) of Uruguay was one of the first research groups to face the task responsibly.

Pioneer in the country, it was recognized worldwide by other similar organizations and relevant researchers.

Not long ago, in documents declassified by the U.S. authorities, the Center and some of its investigated cases appeared mentioned in the famous "Project Blue Book".

Yet even today (2012) there are those who turn to the Center for an explanation to their observations, pictures, etc.. of "strange" things that they relate to "UFOs”....

They do this by writing to addresses that were registered on the Internet, not knowing that this Center as such no longer exists.

This correspondence is derived immediately to GEFAI as some members C.I.O.V.I. currently make up this new group and there proceed to the study of these cases, thus fulfilling the required task originally done by the Center.

This has happened often and I have the feeling it's going to continue to happen ...

As we often talk among still active members of the Center who make up the GEFAI: CIOVI refuses to disappear ... and jokingly we say that not even Kryptonite could destroy it.