Germán Vázquez: Against slander and defamation 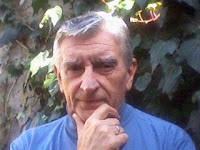 Following a comment made to me by a researcher friend, a series of thoughts went through my head trying to understand the why of what had happened ... and I think I succeeded

This person is a serious researcher and knowledgeable about all aspects of the UFO phenomenon.

As such he deals with it with scientific criteria and therefore he seeks the resolution of cases in this way without falling into easy and superficial explanations. He doesn’t do it alone. He has been part of a well-known group, a pioneer in Latin America to study the issue and currently integrates another which is international ...

He has also written several books on the subject and has had the opportunity to have personal contact with the most prestigious global researchers on the topic.

Sure, when studying the issue in a serious way, the results of these studies do not like certain people ...

All those ardent supporters of the extraterrestrial hypothesis on the origin of the mysterious UFO, that do not even investigate cases or read about the history of the phenomenon and could be defined or categorized as "believers" reject all rational explanation.

They resent being told that what someone saw or photographed was a bird or a plane or something familiar and explicable. They feel bad and like they cannot do anything else, try to disqualify those people who do things properly ... and this is what happened to the researcher to which I referred at the beginning.

With no arguments to refute the task he performs and the conclusions he arrives, some person accused him gratuitously of belonging to a known U.S. government agency which would pay him for denying the extraterrestrial origin of UFOs.

Also that person did so through a very popular social network irresponsibly installing there a doubt about the actions of the investigator and consequently of all those who have worked and are working with him in the task.

I should clarify that to none of them anyone has paid nothing and instead they have invested time and money to develop the task by them honestly.
This I know because I am one of them.

It really bothers me such fanciful groundless claims, which also are unfair and undeserved ...

If I had to describe who made that accusation, I would say
is an "ignorant" person.

It is likely that by doing so, I also be attributed to be in the famous governmental agency.

GSV - Former Member of the Directive Council of the Uruguayan C.I.O.V.I. (Unidentified Flying Objects Investigation Center) and current UAPSG member, he has 54 years of exprience investigating and studying the subject therefore becoming an expert.