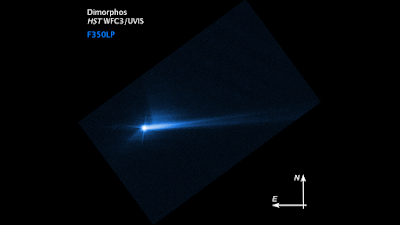 As a part of NASA’s overall planetary defense strategy, DART’s impact with the asteroid Dimorphos demonstrates a viable mitigation technique for protecting the planet from an Earth-bound asteroid or comet, if one were discovered.

“At its core, DART represents an unprecedented success for planetary defense, but it is also a mission of unity with a real benefit for all humanity,” said NASA Administrator Bill Nelson. “As NASA studies the cosmos and our home planet, we’re also working to protect that home, and this international collaboration turned science fiction into science fact, demonstrating one way to protect Earth.”

Their work appeared in the web page of the prestigious Cornell University.

The paper work was done by Professors GONZALO TANCREDI and BRUNO DOMÍNGUEZ, both Astronomers at the Science Faculty belonging to the University of Uruguay.

"NASA sent the DART (Double Asteroid Redirection Test) mission to impact Dimorphos, the satellite of the asteroid binary system (65803) Didymos. DART will release LICIACube prior to impact to obtain high-resolution post-impact images. The impact will produce a crater and a large amount of material ejected at high speed (several tens of 𝑚/𝑠), producing an ejecta cone that will quickly disperse.

We analyzed an additional effect: the lofting of material at low velocity due to the generation of seismic waves that propagate inside Dimorphos, producing surface shaking far from the impact point. We divide the process into different stages: from the generation of impact–induced waves, the interaction of them with surface particles, the ejection of dust particles at velocities, and the prediction of the observability of the dust coma and trail.

We anticipate the following observable effects: i) generation of a dust cloud that will produce a hazy appearance of Dimorphos’ surface, detectable by LICIACube; ii) brightness increase of the binary system due to enhancement of the cross section produced by the dust cloud; iii) generation of a dust trail, similar to those observed in some Active Asteroids, which can last for several weeks after impact.

Numerical prediction of the detectability of these effects depends on the amount and size distribution of ejected particles, which are largely unknown. In case these effects are observable, an inversion method can be applied to compute the amount of ejected material and its velocity distribution, and discuss the relevance of the shaking process."

It could be seen from October 2 until November 7. 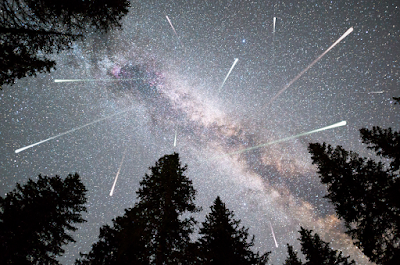 The Hawaiian Regent Seaglider is Flying

[summary of an article by Nabeel Shaikh on Aviation News] 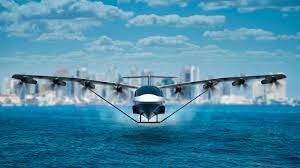 The miniature prototype of the REGENT seaglider completed its first successful test flight last month in what may prove to be a historical moment for the future of sea and air travel. The Boston-based venture, which Hawaiian Airlines  has heavily invested in, aims to commercialize travel by seaglider by 2025 and claims that it is on track to begin passenger trials in 2024.

The future is electric

Boasting an  all-electric design, the REGENT seaglider is expected to fly routes up to 180 miles on current battery technology and 500 miles with next-generation batteries. Although the existing prototype has a wingspan of only 18 feet, the finished product is expected to have a wingspan of 65 feet and carry up to 12 passengers, making it ideal for short-hop flights such as between the islands of Hawaii. 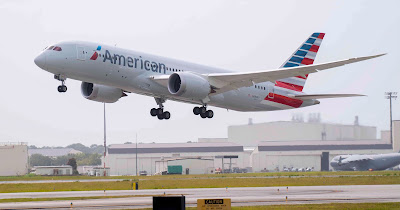 September marked the second time Boeing had exceeded the 50-aircraft threshold since March 2019.

Among the 51 aircraft delivered, 14 were widebody aircraft, including seven Boeing 787  Dreamliners, marking the most in a singular month that Boeing has delivered in over two years - three of which were Boeing 787-8s delivered to American Airlines. Together with the one aircraft received in August, American Airlines has received four Boeing 787s from Boeing, and all are in active service.

Japan's All Nippon Airways (ANA) also received a Boeing 787-9 in September via a deal with aircraft lessor Atlantis Aviation, while Canada's  West Jet also took in another Boeing 787-9. The manufacturer then delivered one Boeing 787-10 each to British Airways and United Airlines. 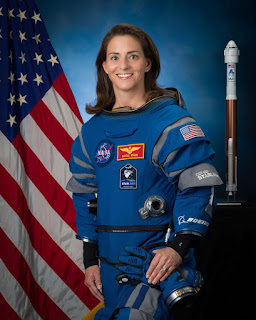 One of the four Astronauts of  SpaceX Crew 5 now at the ISS is US Marine Corps Colonel NICOLE AUNAPU MANN. She was born in Petaluma, Califonia, and is 45 years old.

She has been a test pilot, and completed training for the F/A-18 Hornet at the Naval Station in Oceana (VA). She was deployed twice on the USS Enterprise in support of Operation Iraqi Freedom and Operation Enduring Freedom.

She is married to Travis R. Mann and has a son.

But the particular thing with Nicole Aunapu is that she is the first Native American woman to go to Space. She registered with the Wailacki of the Round Valley Indian Tribes in California.

And she is on the list of Astronauts that will go to the Moon within Project Artemis.

C.I.A. has always been involved with UFOs 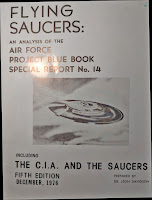 There are many UFO investigators since 1947, but in the 50s and 60s, among all of them, there was one who inspired me to write the book
"UFOs: The Secret Agenda" (original in Spanish). His name was Dr.
LEON DAVIDSON, who --among other material--in December of 1976 published the fifth edition of "Flying Saucers: An Analysis of the Air Force Project Blue Book Special Report No.14" including "The C.I.A. and the Saucers". 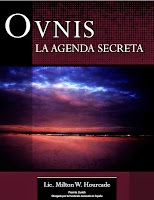 In my book I sustain two main ideas: 1) in he Cold War Era the United State needed to spy the USSR, and for that purpose created a series of artifacts (project Mogul) and airplanes (U-2, a-12 Oxcart and the SR-71) top secret, and the best way to cover-up their creation, tests and finally use, was to instill the idea that there were "flying saucers" of extraterrestrial origin. 2) the "flying saucers" were also used to cover-up other more questionable activities as "abductions" and the big myth of Roswell.

My book was published on December 2005 by Fundación Anomalía of Spain, winning the Zurich Award. Later was published in Uruguay and now is as electronic book in Amazon.

The most important fact is that 10 years later, the C.I.A. recognized that many things in the sky that people --including pilots-- reported as UFOs, were their own devices. That was said on an article published by the journal  ABC from Madrid on its Science supplement of June 20, 2015.

Now I would like to share with you information that I took from various sources, mainly  The War Zone and The Debrief.

Let me start by the characters of this story. 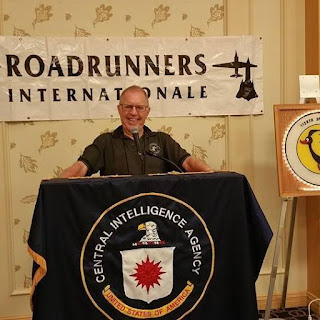 THORNTON D. BARNES is an Aerospace engineer that worked at Area 51 and author of many books, among them: “CIA  Station D – Area 51: The complete Illustrated History of CIA’s Station D at Area 51”,  and the series The CIA Chronicles, composed by three books: “The Angels – Book One” ;  “The Archangels - Book Two” and “The Company Business – Book Three ” 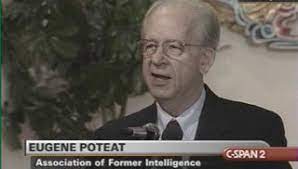 SAMUEL EUGENE POTEAT was during 30 years Senior Executive of the C.I.A.

Poteat gave many lectures and wrote in many magazines always about Intelligence. Along his career he received many awards. 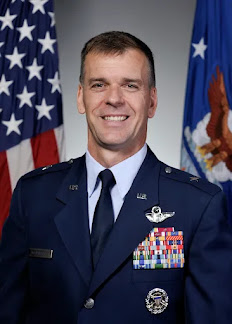 It happened that in separate interviews last year, aerospace engineer and Area 51 veteran T.D. Barnes and former CIA executive S. Eugene “Gene” Poteat both suggested radar detections by the Navy of extreme aerial maneuvers sounded suspiciously similar to a top-secret electronic warfare program they were involved with in the 1960s, codenamed PALLADIUM.

However, Poteat and Barnes acknowledged they had no explanation for any of the physical sightings by military aviators. Coinciding with Gen. McClintock’s comments, both men said everyone involved in any classified assessments involving the use of classified aerospace platforms was made aware they were participating in a test. This even included times when the platforms were deemed “UFOs because they were so secret that they didn’t exist.” 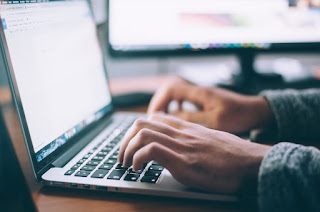 A SPECIAL CALL TO WRITE

Dear friends: I have changed the presentation of this web page to make it more attractive.

I have included news about Astronomy, Aeronautics, Astronautics and UAPs.

But I can't to do it all alone. I need your valuable help.

I am sure that almost in any of the categories before mentioned you can write something.

Two conditions: 1 )Do not exceed two pages. If it is possible one page an a half will be excellent.

2) Deal about current subjects, not about things that happened decades ago.

Send your material to: enigma0458@gmail.com