NEWS FROM ASTRONOMY, AERONAUTICS, ASTRONAUTICS AND NOBEL PRIZE OF PHYSICS

October is a month of meteor showers 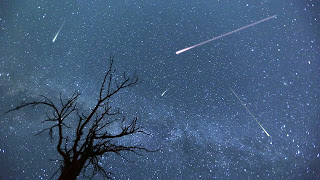 There will be intense celestial activity this month with meteor showers

From 8 to 9 there are going to be the Orionids, that could extend until the 10 of October. 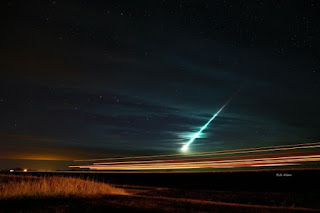 And from October 10 and 11 going until November 20 the Taurids could be seen in the Northern Hemisphere. 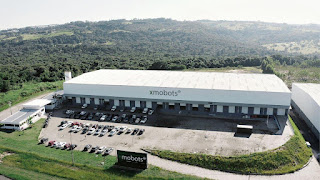 Based in São Carlos, Brazil, and founded in 2007, XMobots will use the investment to accelerate its development of medium and large autonomous air vehicles.

The investment is about more than XMobot’s aircraft. The company has developed the XSurvey app to link via Bluetooth with its baseline XRTK 184B aircraft, the XMC sensor and XMobot’s LiPo Pack battery. Its aircraft, in addition to the basic XRTK, include the 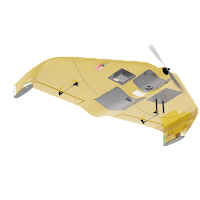 Arator 5C, a flying wing design launched in 2016; the Nauru500C vertical takeoff and landing aircraft, featuring a quadrotor and fixed wing hybrid design to maximize operations; and the Draktor 25A, released in 2020, which features the company’s XFarming software that automatically detects weed bushes for precision spraying, as well as a mapping module.

CAPE CANAVERAL, Fla., Oct 5 (Reuters) - Elon Musk's rocket company SpaceX launched the next long-duration crew of the International Space Station for NASA on Wednesday, including a Russian cosmonaut hitching a ride with two Americans and a Japanese astronaut as part of the mission.

The four-member crew and their autonomously flying capsule should reach the International Space Station (ISS) about 29 hours later on Thursday evening to begin a 150-day science mission aboard the orbital laboratory some 250 miles (420 km) above Earth. 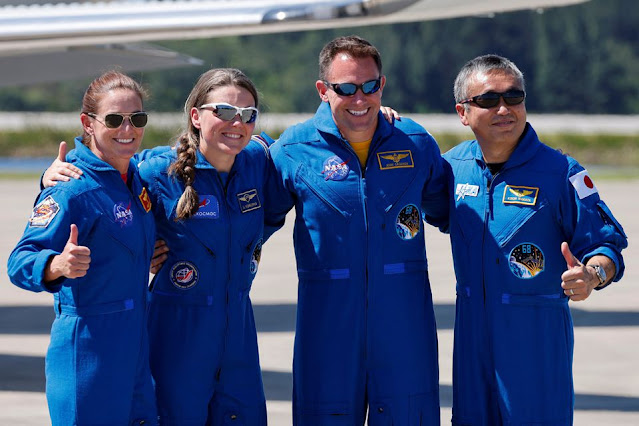 The latest team is being led by Nicole Aunapu Mann, 45, a veteran combat pilot making spaceflight history as both the first indigenous woman being sent to orbit by NASA and the first woman to take the commander's seat of a SpaceX Crew Dragon.

As a registered member of the Wailacki of the Round Valley Indian Tribes, Mann will become the first Native American woman to fly to space. She also is among the first group of 18 astronauts selected for NASA's upcoming Artemis missions, aimed at returning humans to the moon later this decade.

The Crew-5 mission is also notable for the inclusion of Anna Kikina, 38, the lone female cosmonaut on active duty with the Russian space agency Roscosmos.

Rounding out the crew from Japan's space agency JAXA is veteran astronaut Koichi Wakata, 59, a robotics expert making his fifth voyage to space.

[extracted and adapted from the original Reuters cable]

“for experiments with entangled photons, establishing the violation of Bell inequalities and pioneering quantum information science”

Entangled states – from theory to technology

Alain Aspect, John Clauser and Anton Zeilinger have each conducted groundbreaking experiments using entangled quantum states, where two particles behave like a single unit even when they are separated. Their results have cleared the way for new technology based upon quantum information.

The ineffable effects of quantum mechanics are starting to find applications. There is now a large field of research that includes quantum computers, quantum networks and secure quantum encrypted communication.

For a long time, the question was whether the correlation was because the particles in an entangled pair contained hidden variables, instructions that tell them which result they should give in an experiment. In the 1960s, John Stewart Bell developed the mathematical inequality that is named after him. This states that if there are hidden variables, the correlation between the results of a large number of measurements will never exceed a certain value. However, quantum mechanics predicts that a certain type of experiment will violate Bell’s inequality, thus resulting in a stronger correlation than would otherwise be possible.

John Clauser developed John Bell’s ideas, leading to a practical experiment. When he took the measurements, they supported quantum mechanics by clearly violating a Bell inequality. This means that quantum mechanics cannot be replaced by a theory that uses hidden variables.

Some loopholes remained after John Clauser’s experiment. Alain Aspect developed the setup, using it in a way that closed an important loophole. He was able to switch the measurement settings after an entangled pair had left its source, so the setting that existed when they were emitted could not affect the result.

Using refined tools and long series of experiments, Anton Zeilinger started to use entangled quantum states. Among other things, his research group has demonstrated a phenomenon called quantum teleportation, which makes it possible to move a quantum state from one particle to one at a distance.

“It has become increasingly clear that a new kind of quantum technology is emerging. We can see that the laureates’ work with entangled states is of great importance, even beyond the fundamental questions about the interpretation of quantum mechanics,” says Anders Irbäck, Chair of the Nobel Committee for Physics. 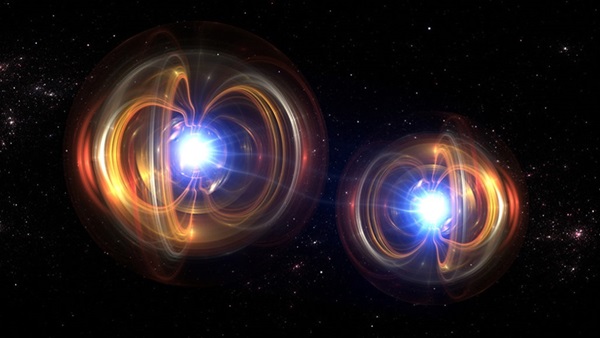 representation of the quantum entanglement