WE ARE EFFECTIVELY ALONE IN THE UNIVERSE

Always searching, always exploring, from time to time it appears an article that contributes to developing our thinking or challenges our ideas and that deserves to be read.

This is the case of this one, written by Alex Berezov. And that is why we have the pleasure to sharing it with our readers.- Milton W. Hourcade

When I was a kid, there was an older guy who frequented our local McDonald’s and always carried around a box full of random papers and a fly swatter. He was an archetype of the UFO enthusiast — sort of a kook but a lot of fun to talk to.

In the 1990s, there was something of an alien abduction craze that swept the country. The popular show Unsolved Mysteries featured them, and an entire TV series, The X-Files, was built around the belief that extraterrestrial life had taken a keen (and perhaps malevolent) interest in Earth. (Of course, the aliens were also working in collaboration with the U.S. federal government.)

However, outside of popular culture, few serious intellectuals took the notion of aliens seriously. It certainly was not a major academic topic. The prevailing view was that life is uncommon throughout the universe, and Earth just might be the only planet lucky enough to have it.

Today, the exact opposite view prevails. Thanks to advances in astrophysics, we now know that there are billions of exoplanets in the Milky Way alone, leading most of the scientific community to conclude that life probably does exist elsewhere in the universe. Those who do not believe so are now considered the kooks. And while alien abductions are still not in the mainstream, UFOs are — so much so that the U.S. intelligence community just issued a report on them.

The academic debate now is not whether life exists but in what form. Many scientists assume that the commonest form of life is microbial — a fair assumption, given that on Earth, humans are a relatively modern invention while microbes have been around for 3.5 billion years — so many astrobiologists are spending their days examining the atmospheres of exoplanets for telltale signs of bacteria-like creatures.

Still, others have gone further and pontificated on what, if it exists, alien intelligent life might be like. The late Stephen Hawking argued that contacting aliens is not wise because, just like in the movie Independence Day, they are probably plotting to come to Earth, break our stuff, and steal our resources. Dr. Hawking warned, “One day we might receive a signal from a planet like Gliese 832c, but we should be wary of answering back.”

I suppose this is all fun to think and talk about, but the alien debate suffers from a serious lack of perspective. If there is any chance of humans encountering alien life, at least two extremely unlikely things must be true:

Life evolves easily. Decades of research have yielded little in the way of identifying the mechanism of abiogenesis — the formation of life from non-living matter. There are several different theories on the origin of life, and none of them are any good. In the laboratory, we have had some success in creating biomolecules such as amino acids from gaseous precursors; the Miller-Urey experiment is the most famous of these. But scientists have yet to come even close to reproducing life in the laboratory. This strongly implies that life does not evolve easily.

But even if we were to cede the point that life can evolve easily given enough time, there is another problem: the vast majority of exoplanets are inhospitable to life. New research suggests that most stars are incapable of supporting plant life via photosynthesis. Harvesting a star’s energy is the first step for the evolution of life, but evolution cannot even get started if there is not enough of it.

Interstellar travel is possible and practical. This, in my opinion, is even more unlikely than the easy evolution of life. We know life evolved at least once (here on Earth), but we have no idea if interstellar travel is possible. Sure, we could get on a spaceship today and head for a planet orbiting the nearest star, Proxima Centauri, but we better pack a lot of fun-sized bags of pretzels because it will take about 6,300 years to get there.

“Theoretically possible” does not mean “probable”

Sci-fi enthusiasts note that unknown technologies may develop, such as the ability to warp the fabric of spacetime or to travel through a wormhole. But again, these suggestions are purely speculative. Other than some fancy math that suggests such maneuvers could theoretically be possible, we have no idea if either can actually happen. Just because unicorns and mermaids are theoretically possible does not mean that they exist.

What about black holes? Perhaps we could dive into one and pop out somewhere else. For the sake of argument, let’s say that we know that is absolutely true. The trouble is that the closest black hole to Earth that we know of is 1,500 light-years away. 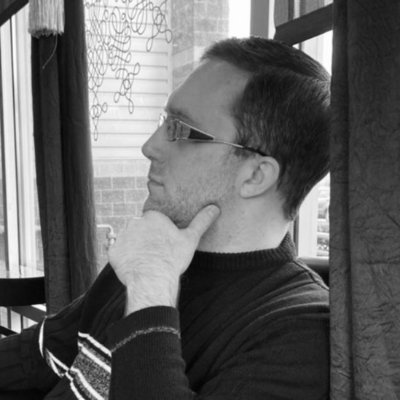 Dr. Alex Berezow is the Executive Editor of Big Think and the Executive Editor of Freethink. He holds a Ph.D. in microbiology and is a veteran science writer, author, and public speaker. He also is a member of the USA Today Board of Contributors, and his articles have appeared in BBC News, CNN, Wall Street Journal, Forbes.com, Wired, The Economist, The Atlantic, Foreign Policy, and many other publications. His most recent books are The Next Plague and How Science Will Stop It (2018) and Little Black Book of Junk Science (2017).
Posted by Milton at 6:07 PM