Argentinian growing interest in UFOs: why? 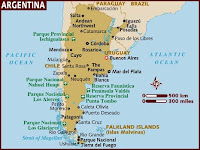 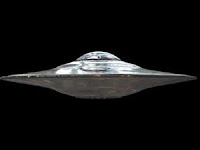 If a social network could help to measure what is going on among people interested in UFOs, Facebook is of great help.

Since I opened my FB page, day after day I am witness of the creation of a new organization, of meeting groups, new magazines, new web pages and radio programs referred to UFOs in Argentina.

On the one hand, it surprises the enthusiasm of those people engaged in such activities, like if Argentina were a privileged place in the world supposedly visited by “extraterrestrial spaceships” (because in the vast majority of the people dealing with the subject there, that is the idea behind their interest).

For me, (with some honorable exceptions of people I know very well since long time ago) they are mostly newcomers who evidently do not know almost anything about the 65 years history of UFOs and UFOLOGY, and there is a marked absence of good criteria and logical thought, which are substituted by the wish to believe, and a festival of fantasy and almost craziness.

When we can read that someone who thinks that frequently is seen “E.T. spaceships” writes: “every time I see one of them I salute them saying

Like the people that in their lack of knowledge think that they are seeing “chemtrails” (following the conspiracy idea behind them) when what they see are just airplane contrails.
More interesting is to verify where they get their “information”: videos in YouTube and some “saucerian” web pages.

There is also a growing number of individuals that point their photo or video cameras to any place in the sky, and when they go to see what they have gotten in their “adventure”, they are rewarded seen in the screen of their PCs or laptops a little point or line that immediately they themselves declare as a “UFO” and surely will upload to YouTube and put on Facebook and web pages, as “Video of a UFO in…” or “UFO photographed in…”.

Reversing what has been the rule for decades among ufologists, they call “UFO” what it really is a “UFO-report”, not understanding that the declaration that something is a UFO is coming after a meticulous work of investigation and study of a given case, but never before.

Worst of all is that no matter the efforts to make them to analyze, to develop good criteria, to get to know and differentiate a natural or artificial phenomenon from something “extraordinaire”, it seems that they are inside a cocoon in which they feel comfortably and they don’t bother to accept, or even consider the warnings, the clarifications and precisions coming from people that have dedicated a whole life to the UFO subject.

Moreover, they are totally confused about who is a real, true and serious investigator, and who is someone that have used the UFO subject as a merchandise, creating  fraudulent “cases”, forcing witnesses to say what they have not seen, etc. and making UFOs their way of living, like Mr. F. Z. in Argentina (I don’t like even to mention his name) , or Mr. Jaime Maussan in Mexico.
And then we have to consider another couple of things that even unconsciously are playing their role in this apparent outbreak of “ufo activity” in that country.

On a time of serious economic difficulties, the UFO subject could help to distract the attention of the real problems that the Argentinian society faces, or it could be a palliative to the stressful situations people are living there, and finally, for some of them –surely a little minority— it could be a way to make money, once again exploiting commercially the wish to believe of the population.

Otherwise there is t no reason whatsoever for such rush in Ufology happening there.

The imagination of some people, and the wish to believe and to think that they have seen “something out of this world” of other people, are the factors that can explain that strange and almost unique situation, which, by the way, is not replicated in Chile and Uruguay, border neighbors of Argentina, neither in Brazil nor elsewhere in the world.

Last but not least, some people speculate with a catastrophic vision, believing in the myth of the end of the world for December of this year.

All said, I give my support to IDREC,  a group of young people seriously interested in the UFO phenomenon that tries to get images of things flying very high, using their night vision video camera in conjunction with a TV set. They need to perfect their system and they could be useful for a study done on a hot spot where there could be the recurrent presence of Anomalous Luminous Phenomena.

I would like also to say that the informal meetings of people to just talk openly about issues related to the UFO subject are a plausible initiative, and they could be interesting platforms from where to advance in favor of good investigation, analysis and general study of the issue. So far, they are not doing Ufology, just chatting.

Lic. Milton W. Hourcade
Note: the opinion contained in this article is personal not the official position of UAPSG-GEFAI