WHAT IS GOING ON?

Some things are happening for which until now there is no explanation or a plausible explanation has not been given.

We have to be cautiously on alert!

We have to look at the sky and be ready to photograph or video record if something anomalous happens, and later we have to submit what we have captured to a good analysis done by experts, before we upload it to YouTube or we report it through the Internet.

It must have seemed like an aerial invasion to the many eyewitnesses who gazed skyward in St. Petersburg, Russia, on the nights of April 9 through 11.

Most of the strange light formations were seen and videotaped by many people in and around Russia's second-largest city, including one ball-shaped object seen hovering above St. Petersburg's Pulkovo Airport. 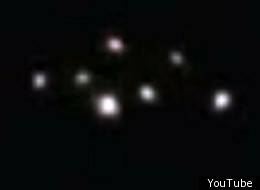 See a set of videos recorded by the people:

A team of skywatchers named “Vigilants of the Paraguay’s Sky” was able to record a strange formation of an aerial anomaly, which performed maneuvers in the sky. This happened in the Las Mercedes neighborhood (in Asunción, the capital city), on April 22, 2012 at 3:36am local time. After many hours of patient observation of the sky and helped by good technology, the team feels proud to “introduce its first video that will surprise more than one person”.  The tem not only shows the material but also shows the analysis of it, to try to elucidate its nature. 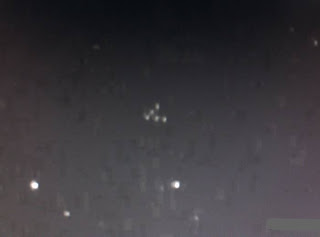 On April 24, a camera on NASA's Solar and Heliospheric Observatory have captured the image of something very large and artificially constructed hovering perilously close to our solar neighbor.

The object or another similar had appeared already on October 27, 2011. 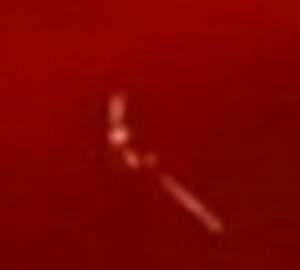