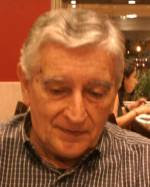 Uruguayan expert, investigator and student of UFOS Germán Vázquez, co-founder of CIOVI and with 54 years of experience thinks about this issue.

Not so long ago I heard to say on a TV local program and in a very convincing way, that the “ufo” cases have grown up considerably in recent times, taking into account the many photos and videos currently existent.

But what really exists is a tremendous amount and proliferation of photos and videos uploaded to the Internet, and not UFOs themselves.

In certain way we were able to check this at the UAPSG because in Uruguay we have received many reports of pretended UFOs that have been photographed.

But the correct reasoning is not that the amount of UFOs in the sky has increased but that in recent times the number of eventual photographers has gone up in enormous proportion.

Currently the majority of cell phones have a camera that allows taking pictures and video. There is a proliferation of digital cameras that do the same thing and photography that was before a costly hobby has changed into something common.

There is no longer a process of development, etc. anyone could see at the very moment what has captured and anyone becomes an occasional “photographer” without any considerable experience.

And at this point start the problems because the vast majority of the supposed photographed “ufos” have not been seen by the photographers at the very moment. They discover them later when they check what they have in their cameras, o when they download the pictures in their PCs… But when those pictures are responsibly studied, what has been recorded has nothing to do with UFOs.

Many times they are airplanes at very high altitude or flying in the night. Sometimes they are birds crossing quickly in front of the camera, insects quite near the camera and out of focus, some dirt in the lenses of the used instrument, solar flares or reflections of other lights, or at least videos taken with movement due to the pulse of the person who took them, or out of focus, or deliberate hoaxes and the use of software that allows computer generated images, etc.

The exceptions –that there are—confirm the rule.

A person experienced in photography seldom has claimed to have photographed a UFO.

The technology has progressed in such a way that what was before something special done by few people with great dedication and determination now is no longer so.

Maybe the word could sound a little bit hard, but as in many other areas, technology has ”vulgarized” the photographic art.

Therefore, whoever says that due to the many pictures and videos currently going on UFOs have increased their presence, is totally wrong.