THE DRIVING FORCE OF FANTASY ON UAP 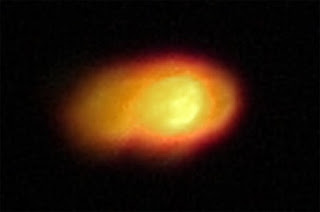 Web pages are full of photos, videos, stories that are repeated and encompass a whole paraphernalia of fantasy, pushed by individuals that in some way want to stand out, and push –especially looking for economical return— the UAP [UFO] subject.

You will see them repeatedly mentioned on TV and on internet places.

It is good to know them not to be confused. Among them, there are different levels, not only on personal education but also in the way they deal with the subject. Ones are blunt, others more sophisticated. But all of them point at to convince us that behind the Unusual Aerial Phenomena  --as we have chosen to call them in our Group--  there is a non-human intelligence. And this is a presumption never demonstrated, that lacks  scientific grounds.

That a scientist of Harvard University had set out a hypothesis that has not been embraced by the international astronomical community, and that he creates an organization called “Galileo Project” for which he asks for money –and he has already collected one million seven thousand dollars—does not change one ounce the issue.

Also was from Harvard the remembered Psychiatric Dr. John Mack, --winner of a Pulitzer Price—who didn’t apply with rigor the scientific method and propelling the theme of “abductions by aliens”.

Regretfully Dr. Mack died in England from being run over by a car.

It’s possible to be a Harvard Professor and make fundamental mistakes of criterion.

On the other hand, let it be clear that we are not saying that there couldn’t be observed things apparently strange in the sky. We do not deny that military pilots could have seen and recorded things surprising by their maneuvers and shapes. But from there to automatically attribute them an extraterrestrial origin, there is an enormous distance.

The official investigation in the United States that we support, will allow –if adequately done--  determine who is responsible for the objects or forms of energy that have given rise to certain observations.

RYAN SPRAGUE is a lead investigator and co-host of Mysteries Decoded (CWNetwork) and a regular on Ancient Aliens (History Channel) and Beyond the Unknown (Travel Channel) He is the host of the Somewhere in the Skies podcast, and has authored two books under the same title, "Somewhere in the Skies."

JEREMY KENYON LOCKYER CORBELL is an American contemporary artist, documentary filmmaker, and ufologist based in Los
Angeles. Among other things he supports the tales of the famous storyteller Bob Lazar.

Corbell has a web page where he announces his production named "Extraordinary Beliefs" that goes on TV. He works together with Joe Rogan and Bob Lazar.
Corbell likes to reproduce fake videos also. His motto is: "weaponize your curiosity". 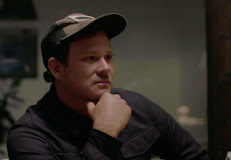 TOM DE LONGE, konwn for his activity as singer of the Rock group Blink-182 decided to leave the group to create an institution called "Toward the Stars - Academy of Arts and Science".  Never the investigation of the subject reached such a lower level. An structure to make money.

LUIS "LOU" ELIZONDO, has declared more than once and this is how 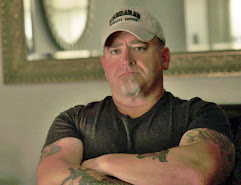 he is introduced on many media, that he has been the Director of the AATIP program at the Pentagon. The acronym AATIP signifies Advanced Aerospace Threat Identification Program.

Mr. Elizondo worked at the Pentagon but on OUSDI, Office of the Under Secretary of Defense for Intelligence and Security).

Defense Public Affairs spokesperson Ms.Susan Gough, consulted by Bob Gradisher, spokesman for the U.S.Navy replied: "The Defense Intelligence Agency (DIA) administered AATIP. Luis Elizondo was neither assigned nor detailed to DIA at any time. While he served in OUSD(I), Elizondo has no assigned responsibilities for AATIP. Elizondo occasionally interacted with DIA office managing the program while it was still ongoing, but he did not lead AATIP."

It is deplorable that someone lies about his responsibility related to a job and more if it is related to Defense. If someone proceeds in this way, he loses all credibility.

When he left the Pentagon, Elizondo enrolled in "Toward the Stars - Academy of Arts and Science", and has a program on the History Channel under the title of "Unidentified: Inside America's UFO Investigation". 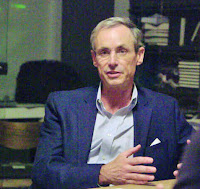 CHRISTOPHER MELLON is the most serious promoter of the “possibility” that some UAP could respond to a non-human technology.

Careful in his words, nevertheless, his mere presence on the subject with such a point of view, he can influence enough because Mellon (besides working individually in the financial sphere) has held positions of importance at the official level, and received several recognitions or his excellent work. He was staff Director to the Senate Select Committee on Intelligence, from November 1999 until January 2002. He also served as Deputy Assistant to the Secretary of Defense for Security and Information Operations under the presidencies of Bill Clinton and George W. Bush. Given those charges, Mellon has to have a high level of access to classified information.

But curiously, Mellon was a former advisor and shareholder of the organization of Tom DeLonge and helped in the production of the program of Luis Elizondo in the History Channel. Mellon has participated in many documentaries, among them The Phenomenon directed by the enthusiast of UFOs, James Fox. 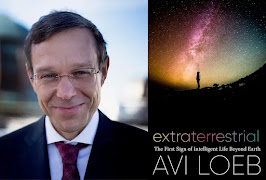 from the University of Jerusalem when he was 24 years old. He directs the Astronomy Department at Harvard University and is also the Director of the Institute for Theory and Computation within the Harvard-Smithsonian Center of Astrophysics, and is the head of the Galileo Project, for which he has already raised the figure of one million 700 thousand dollars and continues to request contributions in money.

One of his sources of income is his book "Extraterrestrial" published in 2021, where he develops the hypothesis that the space rock that passed through our solar system called Oumuamua is a spacecraft, a claim that has been rejected by the vast majority of Astronomers worldwide.

Loeb seems to be --judging by his participation in so many organizations-- a restless individual, who likes to be seen and incidentally, to make money. Of course, he has already appeared in TV documentaries and given interviews, where he cares to look very likable.

Of course, there are more promoters of the strange and mysterious, like 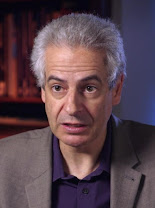 all those who participate in the program "Ancient Aliens" on the History Channel.

There is the case of the British Nick Pope who when he  retired from the Ministry of Defense traveled to the United States, and said that he was investigating the UFO issue.

Actually, he had a small office in which he acknowledged the reception of letters that people sent to the Ministry, and for which he sent thanks.

In the United States, he has written a series of books on "extraterrestrials" beginning with the case of Rendlesham Forest, which --by the way-- Dr. Jacques Vallée explained perfectly.

Mr. Pope appears frequently in the History Channel, he works for a number of film companies to promote the release of science-fiction films.

In the United States, Pope works as a freelance journalist and media commentator. His preferred subjects are the unexplained, conspiracy theories, space, science-fiction and fringe science, that is the one which uses ideas highly speculative or relaying on assumptions already rejected.