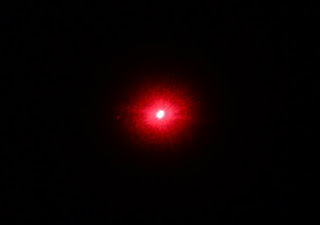 For a certain time already I’d been dedicated to the “task” of trying to solve or elucidate what someone defined as “the century’s enigma” making reference to what others called “the UFO phenomenon”.

The first definition currently is outdated because the referred century has ended, we are already in the following one and the “mystery” –in a general sense- continues.

A great part of it has been clarified, but still there are many things unknown to be solved.

Along the years many people got involved in the subject. The training, orientation, intention and engagement haven’t been always the same.

In general we could say that there are those who are really interested in solving the mystery and those who do it for profit.

The second ones do not deserve even to be mentioned because everybody knows already who they are.

They write books, give lectures charging expensive tickets, organize trips to places where supposedly those who go there are going to see marvelous things, etc..

Some of them present themselves as investigators although they never have analyzed scientifically a case.  Others say they have been contacted by beings from the space and even say they have travelled to distant planets...a total madness. But there are those who believe in them...

At this point, I would like to focus on those who really take the subject with the healthy intention to solve it.

And here I find three positions:

Those who facing any kind of case try to explain it as nothing extraordinary, out of normal and I would say that they still “force” some explanation that sometimes is difficult to accept.  For them everything is explainable and they do not allow any other alternative.

I call them, “The total skeptics”.

There are those who accept everything as something “extraordinary” and find fantastic explanations for the cases they consider, whether they be accounts, pictures, videos, etc. The extraterrestrial myth (yet not the hypothesis) is always present with them.

I call them “The disoriented enthusiastic”

And finally there would be those that go along a way that is placed in the middle of those two positions.

I would define them as “The students of the subject”

These are people that investigate and analyze cases, they try to keep updated with useful knowledge to develop their task, they exchange information with other investigators, they dedicate many of their spare time to the issue and they have a global vision about it.

Sometimes they still have time to write things like this.

It is the only possible way to go on trying to understand many things that remain immersed in mystery.

I think I am in that way.