A biplane to break the sound barrier 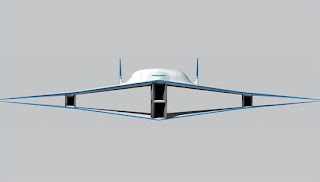 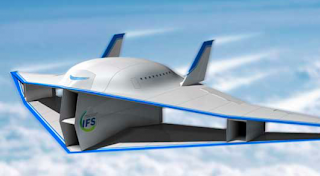 Cheaper, quieter and fuel-efficient biplanes could put supersonic travel on the horizon.

(CAMBRIDGE, MA) -- For 27 years, the Concorde provided its passengers with a rare luxury: time saved. For a pricey fare, the sleek supersonic jet ferried its ticketholders from New York to Paris in a mere three-and-a-half hours — just enough time for a nap and an aperitif. Over the years, expensive tickets, high fuel costs, limited seating and noise disruption from the jet’s sonic boom slowed interest and ticket sales. On Nov. 26, 2003, the Concorde — and commercial supersonic travel — retired from service.

Since then, a number of groups have been working on designs for the next generation of supersonic jets. Now an MIT researcher has come up with a concept that may solve many of the problems that grounded the Concorde. Qiqi Wang, an assistant professor of aeronautics and astronautics, says the solution, in principle, is simple: Instead of flying with one wing to a side, why not two?

Wang and his colleagues Rui Hu, a postdoc in the Department of Aeronautics and Astronautics, and Antony Jameson, a professor of engineering at Stanford University, have shown through a computer model that a modified biplane can, in fact, produce significantly less drag than a conventional single-wing aircraft at supersonic cruise speeds. The group will publish their results in the Journal of Aircraft.

“The sonic boom is really the shock waves created by the supersonic airplanes, propagated to the ground,” Wang says. “It’s like hearing gunfire. It’s so annoying that supersonic jets were not allowed to fly over land.”

Double the wings, double the fun

With Wang’s design, a jet with two wings — one positioned above the other — would cancel out the shock waves produced from either wing alone. Wang credits German engineer Adolf Busemann for the original concept. In the 1950s, Busemann came up with a biplane design that essentially eliminates shock waves at supersonic speeds.

Normally, as a conventional jet nears the speed of sound, air starts to compress at the front and back of the jet. As the plane reaches and surpasses the speed of sound, or Mach 1, the sudden increase in air pressure creates two huge shock waves that radiate out at both ends of the plane, producing a sonic boom.

Through calculations, Busemann found that a biplane design could essentially do away with shock waves. Each wing of the design, when seen from the side, is shaped like a flattened triangle, with the top and bottom wings pointing toward each other. The configuration, according to his calculations, cancels out shock waves produced by each wing alone.

However, the design lacks lift: The two wings create a very narrow channel through which only a limited amount of air can flow. When transitioning to supersonic speeds, the channel, Wang says, could essentially “choke,” creating incredible drag. While the design could work beautifully at supersonic speeds, it can’t overcome the drag to reach those speeds.

Giving lift to a grounded theory

To address the drag issue, Wang, Hu and Jameson designed a computer model to simulate the performance of Busemann’s biplane at various speeds. At a given speed, the model determined the optimal wing shape to minimize drag. The researchers then aggregated the results from a dozen different speeds and 700 wing configurations to come up with an optimal shape for each wing.

They found that smoothing out the inner surface of each wing slightly created a wider channel through which air could flow. The researchers also found that by bumping out the top edge of the higher wing, and the bottom edge of the lower wing, the conceptual plane was able to fly at supersonic speeds, with half the drag of conventional supersonic jets such as the Concorde. Wang says this kind of performance could potentially cut the amount of fuel required to fly the plane by more than half.

The team’s next step is to design a three-dimensional model to account for other factors affecting flight. While the MIT researchers are looking for a single optimal design for supersonic flight, Wang points out that a group in Japan has made progress in designing a Busemann-like biplane with moving parts: The wings would essentially change shape in mid-flight to attain supersonic speeds.

“Now people are having more ideas on how to improve [Busemann’s] design,” Wang says. “This may lead to a dramatic improvement, and there may be a boom in the field in the coming years.”