TOWARD A COALITION OF RATIONAL INVESTIGATORS? 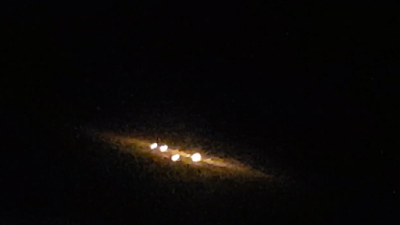 I hesitate to use the adjective "ufologist" because it is so badly used by almost anyone who thinks is such a person that I prefer to appeal to a neologism to be updated on the subject.

Moreover, to the general public, "ufologist" is synonymous with someone who believes in extraterrestrials.

The French engineer Francois Louange –one of the creators of the cybernetic system IPACO for the analysis of pictures and videos of supposed "UAPs"-- says that for many, ufology has ended in a religion 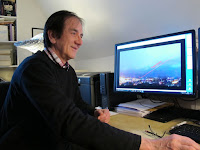 :"Some people are in such a projection, such a realization of themselves, that they cannot accept to fall back to earth. It is you who pass for a liar. A majority of people who are interested in UFOs do so out of belief or substitute for religion."

But these are the people that publish attractive magazines, develop spectacular (faked) videos that show on YouTube, organize and participate in international meetings and congresses, and attract therefore thousands of followers, while the honest and serious investigators and scholars remain constrained to some web pages, writing books, and almost nothing else.

It is time to put an end to that circus.

Those of us that have been working hard for decades dealing with the UAP subject, need to meet together and organize an international coalition to counteract the disastrous influence of those "ufologists" that distort  the truth, attack science, and exploit a pseudo-scientific stance that confuse many people.

This coalition should publicize its existence; create monthly videos very well illustrated, and possibly a documentary using the material of those videos; and create a fund to help develop these activities.

To this purpose, I suggest to: 1) share these concerns and create a list of people who agree with this proposal; 2) convene an international meeting to consider the ways of action and appoint a board of 3 directors; 3) elaborate a survey of resources by specialty, e.g. Physics, Psychology, Photography, Aero-Space, Detection, Arts, History, etc.; 4) establish a general chronogram for: the production of videos, contacts with media and scientific and technical institutions, follow up of the activities, etc.

The coalition should be of individuals and private and official institutions.

I think that the good viewpoint of the coalition could be one of eclecticism.

The same engineer Louange denounces the other pole, that of the "debunkers", where the goal would be to counter, at all costs, the superstitions of the "believers".

Louange says: "There are thousands of testimonies and recordings on the atmosphere that we can't explain. That is what motivates me to find explanations".

Surely that is also what motivates us to work on the subject and try to find explanations.

Let’s to it together through a powerful coalition.