THE EARTH IS SURROUNDED BY SENSING ARTIFACTS AND THE PERMANENT HUMAN PRESENCE.

When some people --each time fewer— still think that we are permanently visited by aliens beings who, provided they are, have been here for at least 74 years, the same people do not realize and fewer reason, that our planet is surrounded by 3,372 ARTIFICIAL SATELLITES, 2 SPACE STATIONS, AND…. THE USAF X-37B ORBITAL TEST VEHICLE. 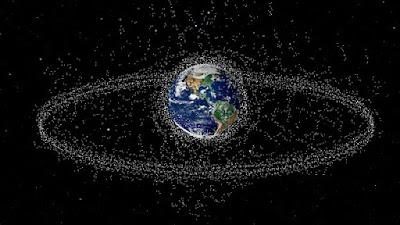 The satellites have a variety of instruments for different and precise data gathering.

Then, there are the International Space Station, always populated by Astronauts of different nationalities, and the Tiangong Space Station, belonging to China.

But people don't know or tend to forget a very important ship that is in Space for long periods. I am referring to the Boeing  X-37, operated by the U.S. Air Force. 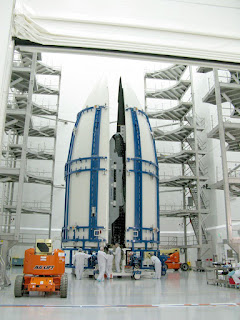 It is an Orbital Test Vehicle, an experimental test program to demonstrate technologies for a reliable, reusable, unmanned space test platform. The primary objectives of the X-37B are twofold, reusable spacecraft technologies for America's future in space and operating experiments which can be returned to, and examined, on Earth. 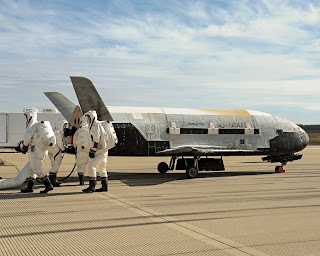 The Air Force has successfully flown five X-37B missions, OTV-1 through OTV-5. All five missions launched from Cape Canaveral Air Force Station, Fla., beginning with its first launch on April 22, 2010. OTV-1 through OTV-3 all landed at Vandenberg Air Force Base, Calif., while OTV-4 and OTV-5 landed at Kennedy Space Center, Fla. Through five completed missions, the X-37B has spent a total of 2,865 days on orbit, successfully checking out the X-37B's reusable flight, reentry, and landing technologies as well as operating experiments to benefit the national space community. The current mission, OTV-6, was launched on May 17, 2020, from Cape Canaveral on an Atlas V. 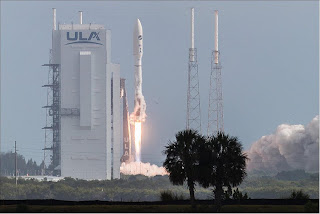 Future missions beyond OTV-4 may continue to land at NASA's Kennedy Space Center in Florida, right next door to Cape Canaveral, officials have said. Boeing is using an old NASA space shuttle hangar at KSC to service the X-37B space planes for the U.S. Air Force.

The main purpose of the X-37B is experimental. It has –similarly to the Space Shuttles—a cargo bay that could be opened to expose different materials directly to the space environment. 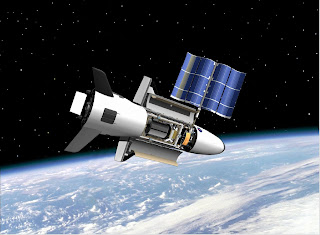 During the OTV-4 mission, the X-37B carried approximately 100 samples of materials that could be used in building spacecraft by NASA.

The X-37B can change its orbit, which could baffle possible adversaries.

OTV-6 is the first to use a service module to host experiments. The service module is an attachment to the aft of the vehicle that allows additional experimental payload capability to be carried to orbit.

Leonard David, writing in Space Insider, within the SPACE.com reports on Saturday, October 2, 2021:

“While the Boeing-built robotic space plane's on-orbit primary agenda is classified, some of its onboard experiments were identified pre-launch.

One experiment onboard the space plane is from the U.S. Naval Research Laboratory (NRL), an investigation into transforming solar power into radio frequency microwave energy. The experiment itself is called the Photovoltaic Radio-frequency Antenna Module, PRAM for short.

Along with toting NRL's PRAM into Earth orbit, the X-37B also deployed the FalconSat-8, a small satellite developed by the U.S. Air Force Academy and sponsored by the Air Force Research Laboratory to conduct several experiments on orbit.

In addition, two NASA experiments are also onboard the space plane to study the effects of the space environment on a materials sample plate and seeds used to grow food.”

Data were taken from the official webpage of the U.S. Air Force, SPACE.com, and The War Zone.