A.L.P.: THE ESCOLAR EXPERIENCE AND A REFLEXION

In our last article: "ANOMALOUS LUMINOUS PHENOMENA: INTERACTION WITH WITNESSES" we would end by saying: "We encourage you to think of other possibilities and share your thoughts with all of us." 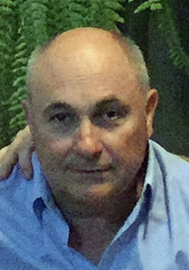 One of the founding members of UAPSG-GEFAI, the amateur astronomer Mr. Rafael Cabrera Forli, has kindly given us his point of view, which we gladly share.

We hope that other colleagues will also give us their opinions. It is an issue worth reflecting on.

Milton, I read the article on www.uapsg.com about Dr. Escolar experiences. The story surpasses me. I am not in a position to even venture a hypothesis or a shallow interpretation of what is said.

However, there are a couple of things that do strike me:

- As for the perception of time I agree with your explanation

- I am also struck by the fact that having a camera has not at any time been able to photograph the phenomenon, more taking into account its long duration

- The description is too detailed to be done at night. It is well known that the lack of light makes it lose the reference of details and DISTANCES, things that are meticulously described in the story. I am not referring obviously to the color of the lights or to the way they appear.

- I also think in one part of the story that the lights are approaching from about 20 to 30 km. That is not possible to observe from a point on the earth's surface that is at ground level. The distance of observation to the horizon I think is in the 6 km and even if it were during the day it would lose the perception of it.

This is a modest contribution to your concern that we sent you our opinion.
Posted by Milton at 3:52 PM