WHAT HAPPENS IF TWO UNIVERSES INTERSECT EACH OTHER?


The present is a brief but valuable reflection of Astrophysicist Dr. Massimo Teodorani --UAPSG-GEFAI Member-- that we gladly reproduce.
It deals with the subject of parallel universes, so dear to Dr. Jacques Vallée to explain --perhaps-- the origin of the Unusual Aerial Phenomena. 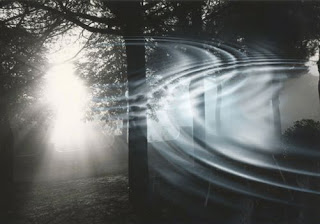 Thinking about the possible existence of other dimensions that sometimes intersect with our, gives me frustration because still there is a mathematical model completely satisfactory (aside from the theory of Everett Jr. ) that describe, at least theoretically, the process.

At the same time I'm wondering for some time which could be the observable, measurable precisely when two worlds meet all of a sudden.

Our conscience should probably have a role to mediate in the process, or the one in motion.

The good thing is that today, unlike that in the past, there are attempts to represent the parameter "conscience" mathematically, in a framework (Non-Canon) where consciousness and matter are the same thing.

[***] About Hugh Everett theory that he submitted as a thesis for his Doctorate, see:
http://www-tc.pbs.org/wgbh/nova/manyworlds/pdf/dissertation.pdf