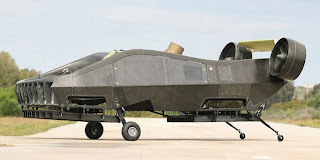 Air-Mule is a robotic aircraft –obviously unmanned—equipped with self control that also could be controlled at distance, made by Israel.

This Air-Mule can perform 180 degrees angles, it is a Vertical Take-off and Landing, can fly diagonally, weighs 1,700 lb,(which indicates that possible synthetic material has been used instead of metal), can carry a payload of 1,400 lb., flies slowly at 112 mph and can operate at a ceiling of 12,000 ft.

Supposedly it would help to rescue soldiers from a risky zone, and it can land and take-off within an area of 430.5 sq.ft.

With rotors integrated to the body and the matte-black color this Air-Mule has a lot of stealthy.

It has already being tested and there are plans for “full mission demonstrations” next year. 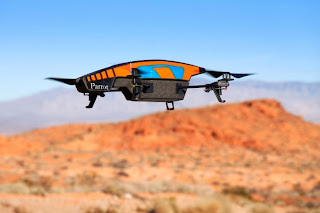 Sky-Jack works using a Parrot AR.Drone 2.0 with a Raspberry Pi, a USB battery, and two wireless adapters, a software developed by Linux, and is operated by the well known hacker Samy Kamkar, now working legally.


Once activated, one of the wireless adapters will detect any nearby wireless connections in range and identify the ones associated with other UAVs. It then automatically disconnects these drones from their owners

Meanwhile, the other adapter creates a wireless network of its own and connects to the disabled drones as if it were their original owners.

A war between drones, all in the cyber world.