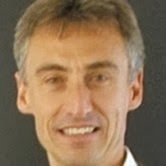 Mr. Philippe Ailleris is Project Controller at the European Space Agency (ESA) and member of the UAPSG.

He sent the following information supported by the ESA's official report.

The objective of the ESA’s Space Situational Awareness (SSA) Programme is to support Europe's independent utilization of, and access to, space through the provision of timely and accurate information and data regarding the space environment, and particularly regarding hazards to infrastructure in orbit and on the ground. (In general, these hazards stem from possible collisions between objects in orbit, harmful space weather and potential strikes by natural objects, such as asteroids, that cross Earth’s orbit)
The programme is active in three main areas:

1. Survey and tracking of objects in Earth orbit (comprising active and inactive satellites, discarded launch stages and fragmentation debris that orbit Earth)
2. Monitoring space weather (comprising particles and radiation coming from the Sun that can affect communications, navigation systems and other networks in space and on the ground)
3. Watching for NEOs (comprising natural objects that can potentially impact Earth and cause damage, and assessing their impact risk and potential mitigation measures)
Last August, a rather unusual object was spotted in the sky by the US PanSTARRS asteroid survey and provisionally named 2013 QW1. The suspected near-Earth object (NEO) was moving in an Earth-centred orbit, leading astronomers to ask: was it natural or artificial?....story and investigation results here below....

Last month, ESA’s near-Earth asteroid coordination centre triggered a series of European observations that confirmed an unknown object was, in fact, of human origin. The confirmation was the Centre’s second such success in recent months and demonstrates the effectiveness of the Agency’s asteroid-monitoring activities.


On 23 August, a rather unusual object was spotted in the sky by the US PanSTARRS asteroid survey and provisionally named 2013 QW1.


The suspected near-Earth object (NEO) was moving in an Earth-centred orbit, leading astronomers to ask: was it natural or artificial?


If artificial, it would not be the first time that an asteroid-hunting survey had rediscovered a lost rocket stage wandering in space close to the edge of our planet’s gravitational reach.


That is what happened with the third stage of Apollo 12 that failed to crash on the Moon and was rediscovered in 2002 as a temporary satellite of Earth.


However, for the mysterious 2013 QW1, things were not that simple, and further observations were needed to determine whether it was artificial or natural.
That’s when ESA’s NEO Coordination Centre became involved, sending an alert to a number of collaborating observatories in Europe to trigger additional observations that might help to confirm the object’s identity.

The result was a spectrum that does not resemble any asteroid. Instead, it bore strong similarities with the spectra of previously observed space junk such as discarded rocket stages, abandoned boosters or defunct satellites.
These measurements provided convincing evidence of the artificial nature of 2013 QW1 – it is possibly a booster stage – and supported it being removed from ESA’s NEO catalogue and included, under the name 2010-050B, in the Minor Planet Center’s Distant Artificial Satellite Observations list.