CONSTRUCTION OF THE FIRST SPACEPORT HAS BEGUN 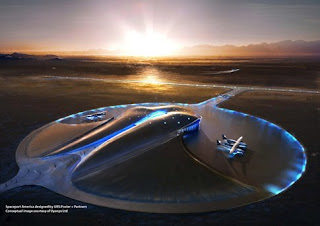 Image from: Popular Science
The construction by Virgin Galactic of the first private spaceport has begun in the State of New Mexico.

Virgin Galactic is already selling tickets for an sub-orbital for a total price of US dollars 200,000 but you can make a reservation with just 20,000 dollars.

Here some views of what will be the spaceport that at the very beginning won’t be crowded because Virgin Galactic will have only two spacecrafts to go to Earth’s orbit and return. 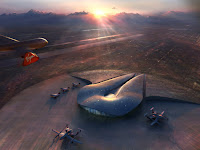 Images from Virgin Galactic
Posted by Milton at 3:39 PM