SCIENTIST PROPOSES THE UFO CREWS ARE HUMANS FROM THE FUTURE

“I'm thinking about this kind of euphoria that is giving some scientists who start thinking and speculating on aliens.

It is good that they do it because a scientist has to consider hypotheses, imaginary assumptions, and challenges on which to investigate, but... I consider that they should do it without skipping the principles and rules that correspond to their specialization.

The condition of scientists does not protect them from the criticism that may correspond (stronger than to any other person without their training) because loose speculation, and imagination taken flight is not their own or pertinent as scientists. And that is what is happening.

I will be reading 6 articles about unusual proposals from scientists to verify how far this is happening, which I consider is not a trend in the scientific field, but it is what the media picks up because that ALSO SELLS.”

I will be giving them orderly and chronologically, going one by one with the proposals made by some scientists, and finally, you by yourselves will evaluate each situation and come to your own conclusions.

I begin with an article written by Leonard David on January 20, 2020 in Space.com https://www.space.com/aliens-time-traveling-humans-ufo-hypothesis.html whose reading I specially recommend.

David  is an award-winning space journalist who has been reporting on space activities for more than 50 years. He is the author of the books "Moon Rush: The New Space Race" published in 2019, and “Mars: Our Future on the Red Planet" released in 2016, both by National Geographic.

The title of this article is:

Are the aliens us? UFOs may be piloted by time-traveling humans, book argues - The great distances covered by visiting "aliens" may be ones of time rather than space, a recent book argues.

And David reports: “The idea of us being them has been advanced before. But a recent book,"Identified Flying Objects: A Multidisciplinary Scientific Approach to the UFO Phenomenon” (Masters Creative LLC, 2019), takes a fresh look at this prospect, offering some thought-provoking proposals.

My take: If the author of the book thinks this subject deserves a “multidisciplinary scientific approach”, why does he hurry up to give his own personal approach instead of procuring to get in contact with other scientists and invite them to a forum to discuss the issue?

“The book was written by Michael Masters, a professor of biological anthropology at Montana Technological University in Butte. Masters thinks that – given the accelerating pace of change in science, technology, and engineering – it is likely that humans of the distant future could develop the knowledge and machinery necessary to return to the past.” writes Leonard David.

“The objective of the book, Masters said, is to spur a new and more informed discussion among believers and skeptics alike.

My take: A waste of time.

"I took a multidisciplinary approach in order to try and understand the oddities of this phenomenon," Masters told Space.com. "Our job as scientists is to be asking big questions and try to find answers to unknown questions. There's something going on here, and we should be having a conversation about this. We should be at the forefront of trying to find out what it is."

David continues reporting: “Dubbing these purported visitors "extratempestrials," Masters notes that close-encounter accounts typically describe UFO tenants as bipedal, hairless, human-like beings with large brains, large eyes, small noses and small mouths. Further, the creatures are often said to have the ability to communicate with us in our own languages and possess technology advanced beyond, but clearly built upon, today's technological prowess.

My take: a scientific approach cannot take at face value and for granted mere tales done by people about supposedly certain “creatures”, their attributed characteristics, etc. I bet Masters never took the time to interrogate those “witnesses”, investigate personally their claims, and come to valid conclusions. Therefore, starting with false premises, his position is untenable.

Masters argue: "We know we're here. We know humans exist. We know that we've had a long evolutionary history on this planet. And we know our technology is going to be more advanced in the future. I think the simplest explanation, innately, is that it is us. I'm just trying to offer what is likely the most parsimonious explanation."

Within the article written by Leonard David, I’ve found this pearl:

"Masters postulates that using a multidisciplinary scientific approach to the UFO phenomenon will be what it takes to solve this mystery once and for all, and I couldn't agree more," said Jan Harzan, executive director of the nonprofit Mutual UFO Network (MUFON).

"The premise that UFOs are us from the future is one of many possibilities that MUFON is exploring to explain the UFO phenomenon. All we know for sure is that we are not alone," Harzan added. "Now the question becomes, 'Who are they?' And Masters makes a great case for the time-traveler hypothesis."

My take: Not long ago, MUFON presented –using the specific number for it: 105762— a video of a UFO, that came to be a perfectly-identified flight of a UNITED airplane. That is the current seriousness of MUFON. Its approach is not objective and cold. It is clear “saucerian”, pro-alien. How do they “know for sure that we are not alone”? That, so far, is pure speculation and fantasy. Interesting to note that worn out the possibility of extraterrestrials, any other idea is welcome provided it allows us to sustain that we have visitors. 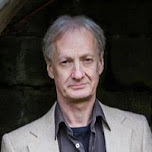 “David Darling is a British astronomer and science writer who has authored books on a sweeping array of topics – from gravity, Zen physics and astrobiology to teleportation and extraterrestrial life.”, continues reporting Leonard David in his article.

"Outside of the popular mythos of flying saucers and archetypal, big-brained aliens, there's precious little credible evidence that they exist," Darling said. "So, my issue with the book is not the ingenuity of its thesis, but the fact that there's really no need for such a thesis in the first place."

My take: I concur with the British astronomer.

Next article: Avi Loeb a scientist in love with the Media