NASA to Set Up Independent Study on Unidentified Aerial Phenomena

NASA to Set Up Independent Study on Unidentified Aerial Phenomena 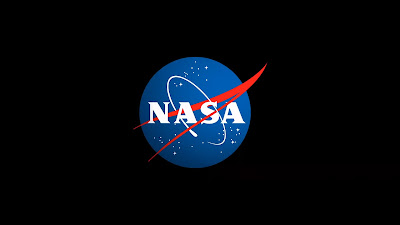 NASA is commissioning a study team to start early in the fall to examine unidentified aerial phenomena (UAPs) – that is, observations of events in the sky that cannot be identified as aircraft or known natural phenomena – from a scientific perspective. The study will focus on identifying available data, how best to collect future data, and how NASA can use that data to move the scientific understanding of UAPs forward.

The limited number of observations of UAPs currently makes it difficult to draw scientific conclusions about the nature of such events. Unidentified phenomena in the atmosphere are of interest for both national security and air safety. Establishing which events are natural provides a key first step to identifying or mitigating such phenomena, which aligns with one of NASA’s goals to ensure the safety of aircraft. There is no evidence UAPs are extra-terrestrial in origin.

“NASA believes that the tools of scientific discovery are powerful and apply here also,” said Thomas Zurbuchen, the associate administrator for science at NASA Headquarters in Washington. “We have access to a broad range of observations of Earth from space – and that is the lifeblood of scientific inquiry. We have the tools and team who can help us improve our understanding of the unknown. That’s the very definition of what science is. That’s what we do.”

The agency is not part of the Department of Defense’s Unidentified Aerial Phenomena Task Force or its successor, the Airborne Object Identification and Management Synchronization Group. NASA has, however, coordinated widely across the government regarding how to apply the tools of science to shed light on the nature and origin of unidentified aerial phenomena.

The agency’s independent study team will be led by astrophysicist David Spergel, who is president of the Simons Foundation in New York City, and previously the chair of the astrophysics department at Princeton University in Princeton, New Jersey. Daniel Evans, the assistant deputy associate administrator for research at NASA’s Science Mission Directorate, will serve as the NASA official responsible for orchestrating the study.

“Given the paucity of observations, our first task is simply to gather the most robust set of data that we can,” said Spergel. “We will be identifying what data – from civilians, government, non-profits, companies – exists, what else we should try to collect, and how to best analyze it.”

The study is expected to take about nine months to complete. It will secure the counsel of experts in the scientific, aeronautics, and data analytics communities to focus on how best to collect new data and improve observations of UAPs.

“Consistent with NASA’s principles of openness, transparency, and scientific integrity, this report will be shared publicly,” said Evans. “All of NASA’s data is available to the public – we take that obligation seriously – and we make it easily accessible for anyone to see or study.”

Although unrelated to this new study, NASA has an active astrobiology program that focuses on the origins, evolution, and distribution of life beyond Earth. From studying water on Mars to probing promising “oceans worlds,” such as Titan and Europa, NASA’s science missions are working together with a goal to find signs of life beyond Earth.

Furthermore, the agency’s search for life also includes using missions such as the Transiting Exoplanet Survey Satellite and Hubble Space Telescope, to search for habitable exoplanets, while the James Webb Space Telescope will try to spot biosignatures in atmospheres around other planets – spotting oxygen and carbon dioxide in other atmospheres, for example, could suggest that an exoplanet supports plants and animals like ours does. NASA also funds space-based research that focuses on technosignatures – that is signatures of advanced technology in outer space -- from other planets.