A VIDEO RUNNING IN THE SOCIAL NETWORKS HAVE BEEN EXPLAINED

NEXT SATURDAY THERE WILL BE AN EXCELLENT REPORT OF SALIM SIGALES, FROM MEXICO.

Starting in July 2019, someone put on social networks a video taken by the crew of an airplane of the Volaris company that shows something apparently strange.

The general ignorance about things that could be seen in the sky and the desire to fantasize lead the person that put initially the video to title it: “The UFO video most real of the world – Strange light (UFO) in Sonora, Mexico”.

Obviously, the crew of the airplane was surprised for what they were seeing and the pilot says: “I don’t know what it is, but it is super interesting” which –by the way—reveals that pilots are not the best observers because they don’t know all the things that they could see while they are flying.

But to call that a “UFO” just because there is a video of something the witness didn't know what it was, is not enough. Nothing should be called a UFO before an investigation has been done.

And here comes the excellent job being done by our Mexican colleague Salim Daniel Sigales Montes, taking all the steps of the Aerospace Identification as a goal. A wonderful work that we recommend to read. 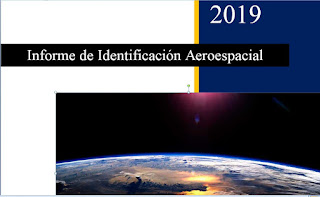 The result of his work is the clear and precise identification of what was initially and erroneously called a “UFO”.

Next Saturday, Licenciate Sigales Montes Is going to publish his full report on this case, and we will provide the URL for you to read it. A word of warning: the report is written in Spanish.

Let us emphasize that Aerospace Identification has been always the unbiased aim of a real and honest UAP investigation. Only those who want to perpetrate the extraterrestrial myth prefer to talk about “having an open mind”, just to keep a window open to the mystery and the “strange”. They open their minds to speculation but close their minds to apply the scientific method and the Ockham’s razor.

One case illustrates this kind of mentality: an aircrew reports having seeing something “strange”. The investigative team checks the information provided by the witness with an adviser Astronomer who determines without any doubt that in the day, time and direction pointed by the witness there was Venus. Well, the “investigative team” concludes the case this way: “percentage of possibility of a conventional phenomenon – 72%; “percentage of possibility of a non-conventional phenomenon – 28%”. There are not “percentages of possibilities”, the answer must be only one. In this case was Venus. Period.

That is why increasingly, we are calling our investigative work as Aerospace Identification, once again to indicate the difference of criteria, concepts, and kind and quality of work we are doing, compared to what do those who call themselves “UFO investigators”.
Milton W. Hourcade
Posted by Milton at 1:42 PM