A SURVEY AMONG U.A.P. INVESTIGATORS AND SCHOLARS - PART XV 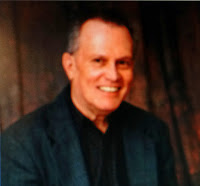 Jerome Clark is a longtime American ufologist, former editor of Fate and of CUFOS'

International UFO Reporter, who has written some 25 books dealing with anomalies and

fringe beliefs.  These days he is a regular contributor to the London- based Fortean

Times.  The third edition of his award-winning UFO Encyclopedia was published in two volumes by Omnigraphics in late August.


1) Do you use the acronym UFO or another designation, and if so, why?

I see no reason to abandon UFO, a perfectly serviceable name. I never use "UAP" or anything comparable because no one has demonstrated a need for such.

Yes. Over the course of a long career in ufology, I have undergone an intellectual evolution in my understanding of the UFO phenomenon.  In my late career I have come to a synthesis which cuts across the usual distinction between nuts-and-bolts and so-called paranormal approaches.  I believe that both are valid, but they are separate issues addressing different questions and unrelated sets of data.  This explains, for example, why there is no abduction equivalent to, say, the RB-47 case, nor will there ever be.  Such reports have no fundamental relationship to each other, only a surface one that makes it appears as if they are generated by something we call UFOs.

I'm not sure what an IFO "expert" (or a UFO "expert" for that matter) is, but obviously one should be able to disentangle genuinely puzzling reports from those that only appear to be.

Anomalous, beyond current knowledge, and probably more than one phenomenon.  Likely, there is an event phenomenon (exemplified in CE2s and radar/visuals), and there is an experience phenomenon (high-strangeness episodes which while highly anomalous are unprovable in any scientifically meaningful sense, are related to centuries of supernatural traditions, and are perceived in ways that reflect a culture's sense of the otherworldly.  In my view the two aspects are related only in superficial appearance.

I think it is important, likely to lead to significant advances in knowledge, but it will not be taken up by science in our lifetimes.

I'm not sure what the "truth" is supposed to be here.  I do think, however, that UFOs merit serious, adequately funded scientific study.

Maybe.  I'd like to see a good chunk of that funding go to research into the most anomalous UFO reports.

Not being a physicist, I have no useful opinion on the matter.