A SURVEY AMONG U.A.P. INVESTIGATORS AND SCHOLARS - PART XI 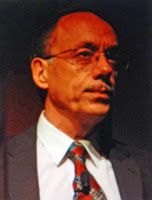 Robert has a BS in Chemistry and is a former collegiate debater. He has 28 years experience in engineering management in the semiconductor industry. Whileworking at Advanced Micro Devices he has taken numerous internal courses related to device physics, design of experiments, and statistical analysis. He helped Advanced Micro Devices develop its first flash memory technology that is used in today’s flash cards for cameras, PCs, video cameras, and other products. His experience includes managing a state-of-the-art chemistry laboratory and managing a Research and Development group that worked on nanotechnology using atomic force microscopes, near-field optical microscopy, and other techniques. Robert is also a co-holder of four patents related to nanotechnology.
Robert Powell is a Board member of the Scientific Coaltion for Ufology (SCU). He was
the Director of Research at MUFON from 2007-2017 and created MUFON's Science
Review Board in 2012. Robert is one of two authors of the detailed radar/witness report
on the “Stephenville Lights” as well as the SCU report "UAP: 2013 Aguadilla, Puerto
Rico".( * ) Robert is also a member of the Society for Scientific Exploration, the UFODATA
project, and the National Space Society. Robert is active with FOIA requests to various
government organizations to obtain information on historical cases and is a co-author of a book published in July 2012: UFOs and Government: A Historical Inquiry. Robert
currently resides in Austin, Texas.
( * ) See “An exemplary work: the Aguadilla case resolved” in our publication of July 15, 2017.


1)Do you use the acronym UFO or another designation, and if so, why?

I use UFO or UAP interchangeably.

If it is unexplained then I cannot know what it "could be" by definition.

There is a physical reality to the phenomenon. There has never been a serious scientific investigation of the phenomenon with adequate resources. Until the military is willing to provide all the information that can be used in an investigation then a proper scientific examination cannot be achieved. Hard data is needed: radar data, optical data, electronic measurements, etc.

It is not in my area of expertise.

Next publication: answers from Martin Kottmeyer