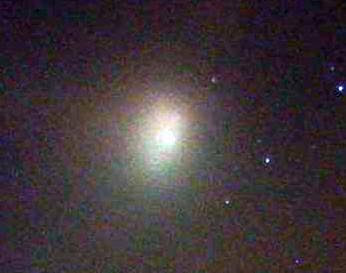 Beyond the ET lore and folklore, the ignorance of the vast majority of the planetary population, the subjectivity and enthusiasm of some people and the easily influenced mind of some others, the U.A.P. deserves a very serious consideration.

And this serious consideration goes hand on hand with a scientific approach to the subject, and even more, with a conscious mind that is aware or tries honestly to know as much as possible of certain experimental instruments and some operational activities developed mainly by military sources.

When we consider the U.A.P. from this perspective, we are obliged to realize, based on situations happened in different parts of the world, that:

1) There has been activities done during a period of time in some remote places of the Earth, without the knowledge or consent of the involved countries, and affecting populations in a direct way, disabling all the electrical appliances and instruments used by the people (Caronia, Italy) or disrupting the lives of a whole village and posing a real threat to the life of people, to the point of causing deaths (Colares, Brazil). Therefore, those activities by unknown sources are done in clear violation of the sovereignty of the affected countries.

2) In both cases, initially the authorities of the country affected for such very strange situations tried to initiate an investigation, and in both cases, the investigation suddenly was stopped by orders of a superior authority.

What this means is that when those implied in the secret experiments and/or operations get to know that the authorities of the country would take or started taking action to investigate what was going on, someone approaches the government and requests to stop those investigations. And the country where the dangerous experiments are done ends accepting the situation, either for political reasons, international relations and engagements, or a secret pact then done. It does not seem to be any other plausible explanation.

3) In certain countries, it is possible that for different reasons, some people and the press come together to artificially give life to a fictitious situation in which the mention of UFOs and or ETs, helps as a good cover-up for criminal activities, particularly that of small airplanes directly related with drug trafficking, human trafficking, and arms trafficking.

All this has to be taken into account when in some countries there emerges the notion that they are privileged having a lot of UFO sightings, when what it is happening in reality is a quite different thing.

The exploitation of the UFO subject to cover-up aerial smuggling activities is nothing new.

Therefore, we cannot under any circumstances take the U.A.P. issue lightly.

It could have --and as a matter of fact it has-- enormous implications for the sovereignty of a country, and the security of its citizens.

Only a multidisciplinary approach to the subject, with the direct intervention of scientists and technicians and the expertise of experienced and serious experts could allow to know exactly what is going on. And this effort must be done privately, because the authorities of a given country probably are not in the best position to deal officially with certain situations, whereas an independent group could do a much better work.