CREDULITY vs. RATIONALITY: The official UAP investigation in the USA 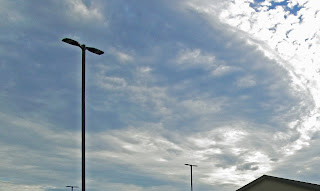 In TV news, special programs, interviews, and web pages, there is always the same question: Do you believe in UFOs?

And with variable enthusiasm, a majority of people will answer "yes", clearly implying that UFOs are a matter of faith, not a matter of verification.

Credulity has spread all over the world, initially activated by the USAF, with stories printed in a couple of important magazines of the forties and fifties [Life and Look]

Later, with the creation of NICAP –the so-called National Investigation Committee on Aerial Phenomena— managed by former authorities of the CIA, having retired Major of the Marine Corps Donald Keyhoe as eloquent spokesman and writer of a couple of influential books ["Flying Saucers Are Real" and "Flying Saucers from Outer Space"] the idea of "flying saucers" --as they were then called-- as "interplanetary" [Keyhoe dixit] spread throughout the world.

As a consequence, hundreds of private organizations emerged in many countries, all of them dealing with UFOs not really to make an investigation under scientific basis, but rather to confirm their beliefs.

They will talk about thousands of "cases", which really means UFO reports from a variety of witnesses but NOT fully investigated and concluded.

The big push of those organizations came by the fact that the USAF started Project Sign in 1948, and –as Panel Robertson warned in 1953 "the continued emphasis on the reporting of these phenomena does, in these parlous times, result in a threat to the orderly functioning of the protective organs of the body politic." The Panel cited examples as "clogging of channels of communication by irrelevant reports."

Moreover, the Panel recommended, "That the national security agencies take immediate steps to strip the Unidentified Flying Objects of the special status they have been given and the aura of mystery they have unfortunately acquired."

This was not done. Project Sign was started in 1948 and ended in 1949, followed by Project Grudge of short life, until  Project Blue Book was started, ending in 1969, after the "Scientific Study of Unidentified Flying Objects" made by the University of Colorado, working under a contract of the Air Force.

Throughout Project Blue Book the Air Force was hardly criticized and accused of conspiring to hide relevant information. Behind that preposterous accusation was the suspect inspired by believers in aliens.

Before Project Blue Book was closed, a team of relevant scientists met with the House of Representatives Science and Astronautics Committee.

The team was composed of Dr. James McDonald, senior physicist at the Institute for Atmospheric Physics and a professor of meteorology at the University of Arizona in Tucson.

Eng. James A. Harder, civil engineer expert in hydraulics and a member of the Aerial Phenomena Research Organization (APRO).

This team tried unsuccessfully to persuade the legislators to continue with the investigation of UFOs.

What this shows is that the UFO matter has been already considered by a Committee of the Federal Congress, although nothing happened.

Now is different, and we would like to emphasize this difference.

DoD and the Congres

This time there were no meetings of scientists and/or people related to some private organizations dealing with UFOs.-

It is the Department of Defense who took the initiative. On August 14, 2020, written for Immediate Release, the DoD published the following announcement:

"On Aug. 4, 2020, Deputy Secretary of Defense David L. Norquist approved the establishment of an Unidentified Aerial Phenomena (UAP) Task Force (UAPTF).  The Department of the Navy, under the cognizance of the Office of the Under Secretary of Defense for Intelligence and Security, will lead the UAPTF.

The Department of Defense established the UAPTF to improve its understanding of and gain insight into, the nature and origins of UAPs.  The mission of the task force is to detect, analyze and catalog UAPs that could potentially pose a threat to U.S. national security.

As DOD has stated previously, "the safety of our personnel and the security of our operations are of paramount concern. The Department of Defense and the military departments take any incursions by unauthorized aircraft into our training ranges or designated airspace very seriously and examine each report. This includes examinations of incursions that are initially reported as UAP when the observer cannot immediately identify what he or she is observing."

First difference: according to this statement the Department of the Navy will be in charge of the UAPTF and not the Air Force.

Second difference: the subject of the investigation is no longer called Unidentified Flying Objects but Unidentified Aerial Phenomena.

We consider this a very important difference because the old acronym referred to objects, (which implies material things), instead, the new designation deals with phenomena, which could include objects and also manifestations of energy, either natural or artificially created.

Third difference: the original intention for the creation of the UAPTF is to "gain insight into the nature and origins of UAPs." Furthermore, it is clear the concern about "incursions by unauthorized aircraft" into "training ranges or designated airspace".

In other words, the DoD is worried about possible accidents that can occur as a result of those incursions and wants to know who is responsible for them.

The DoD suspects of adversaries spying and trying to disturb training maneuvers of the Navy in pre-designated areas of the Pacific and Atlantic Oceans.

Someone can think that the maneuvers of the Navy could be seen, recorded, and followed from space using satellites. But the surprise and the reactions of the pilots only can be measured being there, in the area of the maneuvers, in the theater of the events. And that is precisely what the UAPs have done.

Law 2160 approved at the 117th Congress, Section 345 deals with "Support for and Oversight of Unidentified Aerial Phenomena Task Force", and there is where the law establishes the obligation of quarterly reports to the Congress.

Fourth difference: and a very important one. This time, Congress wants to know what is going on concerning UAPs.

Fifth difference: the concept of UAP differs greatly from what was or could be understood as the concept behind the acronym U.F.O.

A very high point is the general definition of U.A.P. as "not immediately identifiable", which means (a): that the main task consists to identify them, and (b): that they will not remain unidentified forever.

But there is also a description of categories in which the UAP could fall. And these are:

"Airborne Clutter: These objects include birds, balloons, recreational unmanned aerial vehicles (UAV), or airborne debris like plastic bags that muddle a scene and affect an operator's ability to identify true targets, such as enemy aircraft.

Natural Atmospheric Phenomena: Natural atmospheric phenomena include ice crystals, moisture, and thermal fluctuations that may register on some infrared and radar systems.

USG [United States Government] or Industry Developmental Programs: Some UAP observations could be attributable to developments and classified programs by U.S. entities. We were unable to confirm, however, that these systems accounted for any of the UAP reports we collected.

Foreign Adversary Systems: Some UAP may be technologies deployed by China, Russia, another nation, or a non-governmental entity.

Other: Although most of the UAP described in our dataset probably remain unidentified due to limited data or challenges to collection processing or analysis, we may require additional scientific knowledge to successfully collect on, analyze and characterize some of them. We would group such objects in this category pending scientific advances that allowed us to better understand them. The UAPTF intends to focus additional analysis on the small number of cases where a UAP appeared to display unusual flight characteristics or signature management."

As it is immediately noticeable there is not even a hint of something "not of this world", "alien" or “extraterrestrial”.

And this is a good and auspicious beginning.

The law provides the following DEFINITIONS:

Although the genuine interest put  by Congress on this law deserves recognition, there are certain passages of the document that trigger our concern.

1) The first one is dealing with AUTHORITY when the law says: "The Secretary and the Director shall each issue such directives as are necessary to ensure that each line organization designated under paragraph (1) has authority to draw on the special expertise of persons outside the Federal Government with appropriate security clearances."

2) The second is the description of what the law calls SCIENCE PLAN, "to develop and test, as practicable, scientific theories to (1) account for characteristics and performance of unidentified aerial phenomena that exceed the known state of the art in science or technology,[this is an unfounded supposition not scientifically demonstrated so far] including the areas of propulsion, aerodynamic control, signatures, structures, materials, sensors, countermeasures, weapons, electronics, and power generation; and (2) provide the foundation for potential future investments to replicate any such advanced characteristics and performance. [this idea of "replicate" seems to come from the outrageous  tales made by Bob Lazar].

We find this SCIENCE PLAN speculative, theoretical, and a source of distraction from the main objective of the Airborne Object Identification and Management Synchronization Group (AOIMSG) which is: "to detect, identify and attribute objects of interests in SUA [Special Use Airspace] and to assess, and as appropriate, mitigate any associated threats to the safety of flight and national security".

Regretfully, this "science plan" that better should be called "imagination plan", has all the whiff of some legislator that has been influenced by one or more promoters of fantasy and mystery around the now called UAP.

We propose that this "SCIENCE PLAN" be obliterated from the law in an updated version.