NEWS FROM THE SURVEY AND NASA


NEWS FROM THE SURVEY AND NASA

To all our friends and followers:

It is my hope that you have carefully read the answers given by each UAP investigator and/or scholar, to the eight questions we did.

I am dealing with editorials trying to find one that could be interested in the publication of the book.

If I don't find that interest –the book, of course, is bringing honest and serious material, not fantasy or myths— then I will try at least to get it published anyway.

So, these are the news about the Survey, the Summary, and a final Evaluation.

As all we know the extraordinary odyssey of MAVEN ended successfully when MAVEN arrived to orbit Mars. 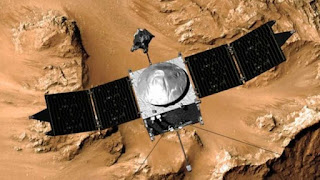 After traveling 10 months through the Solar system,  covering 442 million kilometers finally entered in orbit of the red planet.

The Mars Atmospheric and Volatile Evolution is going to study the atmosphere and the soil of our neighbor planet during a terrestrial year.

India has sent the satellite Mangalyaan that is orbiting Mars too.

In the meantime, a video roughly traces the history of NASA achievements and tells us about future missions to the Moon and Mars.


While NASA is preparing to finally send human beings to Mars, before that, through contracts with many private companies, NASA plans to send again astronauts to the Moon but this time to inhabit our natural satellite.