THE U.A.P. INVESTIGATION AND SCIENCE 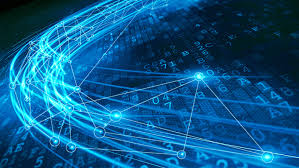 Few areas of the scientific investigation –if any— has to afford more distrust and attack than the one referred to the Unusual Aerial Phenomena.

And it is not because the scientific method is not applied meticulously, but because the people in general has not a clear view about what implies the scientific work, on the one hand, and on the other, they have an speculative or presumptuous vision about the U.A.P. subject.

We are aware that in good faith some people try to collect information about the U.A.P. observations, but the problem is that they do that to reaffirm their conviction about the subject without any evidence with scientific value. In other words, they do that only to sustain an idea taken before the facts (“a priori”), and that is not the way science works.

Besides, and because they are not happy with the genuine results of a scientific investigation and evaluation of presumably strange things seen in the skies, some of these people appeal to attack the honorability of those involved in a serious work, and to insults. Those attacks “ad hominem” put an end to any possible validity of their stance.

But, trying sincerely to reach the honest people that could be involuntary confused or mistaken, here we offer a clear definition of the specific qualities of science in the hope that this would be understood and easily assimilated.
--------------------------

"The specific qualities of science that allow to distinguish them from everyday thought and other forms of knowledge are those that we will mention next.

• First: objectivity, which means that we try to know something that agrees with the reality of the object that describes or explains it as such and not as we would like it to be.

• Second: rationality, this is another important feature to define scientific activity and refers to the fact that science uses reason as a weapon to reach their results. Scientists work as much as possible with concepts, judgment and reasoning, and not with sensations, images or impressions.

• Third: systematics, science is systematic, is concerned with building systems of coherently organized ideas and including all impartial knowledge together, increasingly broad.

• Generality: The scientific concern is not so much to deepen and complete the knowledge of a single individual object, but to achieve that each partial knowledge serves as a bridge to reach an understanding of greater scope in this way tries to reach the general and does not stop exclusively In particular.

And finally fallibility, Science is one of the few systems elaborated by man where the possibility of mistake is explicitly recognized, of making mistakes in this awareness of its limitations is where lies its true capacity to self correct and overcome, to get rid of all elaborations accepted when their falsity is proven. Thanks to this feature, our knowledge is constantly renewed."

Taken from Gestiópolis: Article written by Oscar A. Colmenares D. based on an analysis of the Chapter I of the book “Process of Scientific Investigation” by Carlos Sabino (2002), Argentinean sociologist, historian and writer.