The UAPSG-GEFAI is nurtured by selected people who apply their talent and capacities to investigate and study the Unusual Aerial Phenomena on scientific basis. 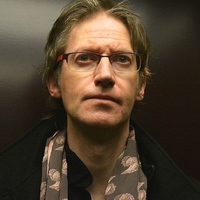 It is therefore really an honor for us to extend a warm welcome to Wim van Utrecht, a Belgian investigator and student of the UAP, who is well known through his Web publication CAELESTIA.

Van Utrecht wrote: “Considering the seriousness of its goals, it would be an honor to be on the members list, and, who knows, perhaps one day I will be able to be of help in elucidating this or that report from the South American UFO/UAP files. So, you can count me in, if you think there's any merit to that.”

Van Utrecht studied painting at the Academy of Fine Arts in Antwerp and is currently employed as a secretary in a lawyer's office.

He started his ufological career as a 'field investigator for the Groupement pour l'Etude des Sciences d'Avant-Garde (GESAG/SPW).  From 1982 till 1987 he headed the Studiegroep voor Vreemde Luchtverschijnselen and edited SVL Tijdschrift.

In 1994, Van Utrecht initiated CAELESTIA, a research initiative for unusual aerial phenomena with website at www.caelestia.be.  In 2007, together with Frederick DELAERE, he set up the Belgisch UFO-meldpunt to monitor UFO reports in Belgium.

He has contributed to various books and magazines and, with Frits Van der Veldt, co-authored Unidentified Aerial Object Photographed near Zwischbergen, Switzerland, on July 26, 1975 (CAELESTIA, 1995).