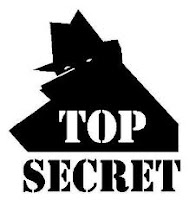 It is true that for more than six decades the so-called “UFO Phenomenon” has not been solved.

It is also true that a considerable progress has been made in the general study of the phenomenon and that many of its manifestations have been solved, but not all of them.

To whom do we owe the advance in this area?

There is no doubt that it is due to civilian investigators and students, individually or being part of a civilian organization, dedicated to the subject.

Therefore the question that comes out is this: what is the purpose of the military organizations dedicated to “investigate” the observations of unusual aerial phenomena?

I really think that none.

As much as I understand, they try to gather information of the reported cases and with that information they try to “solve” them and determine if what it was seen was something identifiable or not.

Once they come to a conclusion, if it was something known, it is “case solved”, but if it is not, they only could put the case in their files as “unidentified” and that’s all.

The interesting thing, when we are studying the subject, is to try to do something with the unsolved cases, because maybe in them lies the solution of part of the enigma or the totality of it.

The logical thing would be therefore, that this military organizations shared their files with civilian groups or individual investigators, so that working together they could make possible to advance a little more on the issue…but regretfully this does not happen.

The official files are “hermetic”, and they do not provide information even to the population that finally pays for their services.

What’s the reason to put away the information?

This could have been justified for the United States during the Cold War.

But now the situation has changed and even in the United States there is no official investigation and less done by the military, as it was before.

There is no need right now to do so, because the subject is no longer something that could affect the “national security”

This shows that these strange “phenomena” must be studied by scientists or by responsible and open minded people using the scientific method, who also would be ready to share the information they have.

The more it is known, the better.  And it is proper of the scientific procedure to share the information that one can have, to that others can verify it and compare with their own data, etc.

Secrets don’t work any longer….they have no sense.

Germán S. Vázquez was a co-founder of CIOVI on April 29, 1958. He is the person with the highest experience in the field of UAPs in Uruguay. He belongs to the UAPSG since the beginning in April of 2008. He plays an active role in the investigation of current cases and is taken the initiative to develop a thematic dinner for the first time in his country.
Posted by Milton at 1:31 PM