180 DAYS TO SUBMIT AN OFFICIAL REPORT ON UAPs 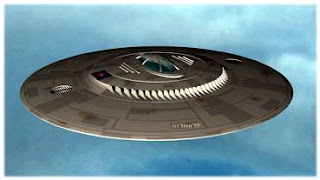 In a law of 5,593 pages signed by President Trump on December 28, 2020, besides de 2,3 trillion government funding for a COVID-19 relief, it was included –as a “Committee Comment” -- a 180 day countdown for the Pentagon and Intelligence agencies to report what  they know about  Unidentified Aerial Phenomena.

The Senate Intelligence Committee presided by Senator Marco Rubio, a Republican from Florida, “directs the [Director of National Intelligence], in consultation with the Secretary of Defense and the head of such other agencies” to submit a report.

The Sun, planets, constellations and galaxies are the things that usually are photographed for the people that regularly look at the sky.

From now on, we are going to include that kind of photos provided by amateur astronomers.

If you want your photo to be published please send it with your name, place where you were, day and time. If you want,you can add technical details of the equipment used.

Send your picture to: enigma0458@gmail.com

This picture was sent by Liliana Cardozo, it was a Sunset taken in Bastión del Carmen, Colonia del Sacramento, Uruguay, on September 20, 2019. 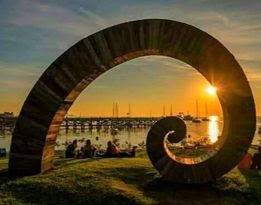