ANALYSIS AND CONCLUSION: The most difficult stage of the identification process 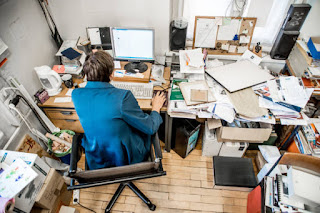 Over the desk there is a case. There is a video recording of the interview with the witness o witnesses, there are pictures and videos of the phenomenon that have being seen, maps, meteorological data, astronomical data, air traffic information at the moment, and very personal information about the people involved in the case.

The first warning to the investigator: never take the declarations of the witnesses at face value. One thing is the phenomenon itself, another how it was perceived and interpreted. It is in this second part of the process of apprehension by the witnesses where all the information and misinformation provided by the culture plays its role.

Therefore, there is a need to separate facts from interpretation.

The interpretation will paint to the investigator a “UFO” case. The reality, what really matters, could be quite different, without denying that a phenomenon has happened with the general characteristics the witnesses describe.

Many times I have compared the work of the investigator with that of an orchestra director.

The characteristics of the case under study will determine which consultation to experts has to be done, as the music determines which instruments have to be played at a precise moment.

It is good and convenient for the investigator to have general notions about Astronomy, Meteorology, Psychology, Optics, etc. but nothing substitutes the experts, the technicians or the scientists.

That is why –like the orchestra director— the investigator has to know which instruments have to play, in other words, which experts have to be consulted.

Computer programs are not all

The use of a series of computer programs could help a lot to solve the case.

But there are some things those programs will not provide. Things that –depending of the circumstances of the case— e.g. the geography, has to be known, or has to be look for by the investigator, if he doesn’t know them.

One of the things that could caught the attention of the investigator  –for instance-- is the recurrent of “UFO reports” in some areas of a country.

Putting aside the influence of the local press, the existence of a radio or TV program dealing with the subject or the existence of a private group very active in promoting the UFO agenda, --factors that ought to be taken into account- if (preferably) none of them are relevant to the case or are nearly absent (which be an ideal situation), the investigator has to think about what natural characteristics of the area could be favorable for the development of a particular kind of phenomena.

One of the things easily to do is to compare the different cases happened in the same general area. If they have similar characteristics, then, they possibly could be ascribed to the area.

Obviously, depending of the phenomena, it is possible that none of the experts consulted could be able to provide you the answer you are looking for.

That is why –as I always recommended— that  the process of aero-space identification demands a serious work of research using the internet and reading scientific papers, get in contact with scientists who are investigating some phenomena and pose them the questions that could help you solve the case you are analyzing.

It happens in excess among private UFO groups and fans that called themselves “ufologists”, that they interview the witness or witnesses of a case. Gathered all the material, the phenomenon doesn’t feet in any categories (astronomical, optical, meteorological, aerial) and with perplexity, the group arrives to the point that –like the witnesses— it can’t come to any plausible conclusion, and therefore they classify the case as “non identified”.

And later the case goes around. There are interviews and declarations to the media, the case is presented in international meetings as an example of the work done and the affirmation that there is something unexplicable going on, making widely the room for speculations, among them, the preferred and old fashioned ETH.

Of course, this way of proceeding is not scientific, and the so-called “conclusion” is an incongruity.

A process of analysis applying the scientific method cannot “conclude” ratifying the same ignorance about the phenomenon that had the witness or witnesses.

In the case of an official entity, it is possible that the main problem is the people who compose it. If that is the situation, a staff renovation is urgently needed.

Since years ago, a group of about 40 people between scientists and technicians have been studying a phenomenon claimed to happen in some areas of the World. It is called Anomalous Light Phenomenon

It happens notoriously at the Hessdalen valley in Norway, but also in some mountains in the United States, in Mochras at the NW of Wales, and in Australia.

Now it is known that it happens due to the friction of the tectonic plates, and also that it appears where there is a geological fault.

It is a natural phenomenon, essentially ionic plasma that has very important characteristics that are worth to know.

In South America, you can expect the formation of this phenomenon all along the Andean Mountains. Have in mind how many reports usually come from those areas in Peru, Chile and Argentina. 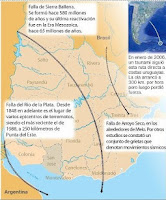 What is important there for the investigators is to know where are these geological faults and associate them –whenever it is possible- with “ufo” reports in that sensitive areas.

For example: one area where are recurrent observations of “lights” is the one near and surrounding the Rincón del Bonete dam and the hydroelectric plant on the Rio Negro [Black River] there. 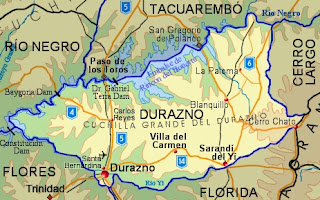 According with the official Emergencies National System and under Seisms in Uruguay “On January 10, 1990 at 10:30 p.m. a seism with an intensity of III on the modified Mercalli scale occurred. It affected the town of La Paloma in the Durazno department.”

This falls within the geographic area mentioned before.

In general, reservoirs and lakes are also places where A.L.P. could happen due to the pressure of the water on the soil, particularly during winter.

Good information about the Anomalous Luminous Phenomena has been written by Astrophysicist Dr. Massimo Teodorani on a paper under the title: Spherical Unidentified Anomalous Phenomena: Scientific Observations and Physical Hypotheses, Danger Evaluation For Aviation and Future Observational Plans whose reading we strongly recommend.