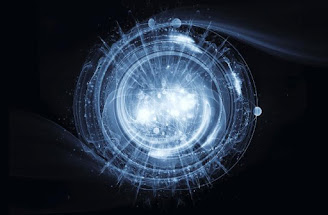 An academic colleague asked me this:

Question – Could you please elaborate on why you consider ufology to be boring and why you avoid major UFO conferences? The more words the better, but no pressure – write as much as you like!

Answer – After knowing most ufologists both in Europe and in (all) America I have soon noticed that they seem to elect the ETH as an exclusive believe system. Apart from the very few followers of the Magonia hypothesis (which I appreciate much more), and apart from the even fewer ones who are aseptic, healthily skeptical, and more prone to study an unexplored natural phenomenon or a psychosocial phenomenon, I see many ufologists more as adepts of a neo-religion than as true scholars. Not a few of them are plainly newagey and sometimes also related to quantum nutters. Some others are just nihilistic deniers of the phenomenon itself, so that they create another belief system, which is against science as well. It seems to me that the true phenomenon hides behind (and not between) the two opposite extremes, which seemingly work like a black curtain. Fakes and hoaxes amplify the smoke curtain.

Regarding this I appreciated a lot this recent book:  UFOs: Reframing The Debate

In my humble opinion, in general, most ufologists are lacking in scientific methodology. Not rarely they produce fakes and hoaxes, which helps them to sell too, evidently, or they misinterpret known natural phenomena. Some tell lies too.

The stories they tell are just *stories*, with no quantitative or critical treatment, with scarce details on times, spaces, etc. No charts or tables, except for simple histograms sometimes. UFO catalogues are often inaccurate or incomplete, and “data” (witness) are, in general, badly screened.

They spread very often a lot of disinformation on the phenomenon, and I have a feeling that several groups are penetrated and controlled by secret services.

Some of them (especially the ETH-ers) tend to exploit the work of scientists who have carried out certain researches (such as in Hessdalen, for instance), by altering or badly interpreting their words and theories, or even instrumental data.

Obviously I cannot make any grass a bundle. Of course I do know of serious scholars in this field, who have different opinions on the phenomenon but try to study witness cases objectively and in a diligent way within a valuable cultural and methodological background. I might mention NARCAP plus several individual scholars as good examples of this.

On one side I think that the ETH hypothesis should be tested by a new branch of SETI (non-mainstream, so far) named SETV (Search for Extraterrestrial Visitation), based only on the acquisition and analysis of instrumental data and following only an astronomy-like methodology. This research must be carried out by physical scientists with the help of engineers and computer technicians.

On the other side I believe that a more in-depth study of the witness itself should be carried out, in terms of psychology of perception and, sometimes, of psychiatry. I suspect that the phenomenon cannot be studied without studying simultaneously the psychology of the witness, and even parapsychological aspects.

In conclusion, I think that ufology has a lot of faults at the point in which it arrived now, except for some serious scholars. That’s the reason why I avoid systematically to participate to UFO conferences. This phenomenon should be studied between four walls and in closed doors: why not within an “invisible college”?