A SURVEY AMONG U.A.P.S. INVESTIGATORS AND SCHOLARS - PART XVIII

It is a wonderful experience to get the opinion of a very selective group of people at an international level and get them together giving answers to just 8 questions referred to the Unusual Aerial Phenomena.
We give a big thanks to all those colleagues who are answering our survey and we are very pleased to present to you their ideas. We hope that what they say would be useful to you in your own work with the U.A.P. and that their criteria would help to shape your own one.
We continue today the publication of the answers of these colleagues, and we are doing so in the order they were received. 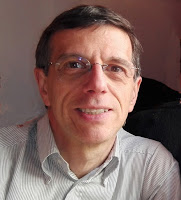 Though it's now accordingly unfitting both in the past (as of its etymological meaning, born out of air defense concerns) and in the present day (because of the semantic drift to "extraterrestrial device" now firmly rooted in pop culture), I'm still using the UFO acronym because of two reasons:
- historical continuity and widespread recognizability
- not to let the field in the hands of the "true believers" who have been polluting the scientific study of the subject and have long been a substantial part of the problem.

Of course I did, especially since I began reading about UFOs when I was less than 14 and it's been 45 years ago. On the contrary, it would be worrying if I still had the same opinIons (and beliefs) I had as a teenager, though I have to admit I know of quite a few self-proclaimed "ufologists" who have remained where they were at that age, indeed.

No. The inverse is true: if you are not knowledgeable about IFOs, you are not (you cannot be) a UFO investigator, since a largest part of incoming witness reports are due to identifiable causes, so how can you do your investigation without knowing what data we need to collect in order to try and identify that 90+%?

If we knew, those would not be unexplained, would they?

Too big an issue to be properly covered in just a few lines. As a rough approximation, my general position is the following:
- there exists a phenomenon worth to be studied;
- the phenomenon is people reporting having seen things they cannot explain;
- we now know we can easily identify more than 90% of those sightings, while we cannot find an explanation for the remaining part;
- that 90% IFO part is not just garbage and is not unworthy;
- parallel to the UFO phenomenon as above, a UFO myth has been developing all along the past 70 years (and even longer than that), implying extraterrestrial visitations to the Earth; it's unclear whether the phenomenon or the myth came first, but they have long been influencing each other;
- that UFO myth is as worthy a study as the UFO phenomenon is;
- interdisciplinarity is inherent the overall UFO study, and that's a difficulty as well as a fascinating side of this study.

I'm afraid we can no longer reverse so widespread and acceptable a belief. Maybe we should accept that a UFO myth is now paralleling the UFO phenomenon, and we should study that as a sociological sideview, too. On the other hand, I never cease to claim and explain the misunderstanding whenever I can, separating wheat (real-life experiences of seeing something strange in the sky) from chaff (opinions and beliefs about what there might lie behind it all). It's a rearguard battle but I share John Wayne's opinion: "it's a dirty job, but someone's got to do it".

They surely are, but my humble opinion is that they have very little to share with ufology. SETI is looking for ILE (intelligent life elsewhere) while ufology is about UAP (unusual aerial phenomena) here on Earth.

I have no idea about that subject. I am humbly struggling to do my investigation homework and that's already enough.