A SURVEY AMONG U.A.P. INVESTIGATORS AND SCHOLARS --PART V 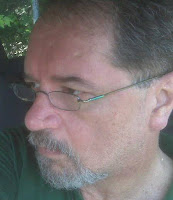 Dr. Massimo Teodorani is an Italian astrophysicist. He obtained his degree in Astronomy and his Ph.D. in Stellar Physics at the University of Bologna. As a researcher at the Astronomical Observatories of Bologna and Naples, and later at the INAF Radiotelescope of Medicina (BO), he has been involved in research on many types of explosive stellar phenomena – such as supernovae, novae, eruptive protostars and high-mass close binary stars – and, more recently, in the search for extrasolar planets and extraterrestrial intelligence within the SETI Project. He subsequently taught physics as a lecturer at the University of Bologna, Rome and Torino. Among his research interests there is also an active involvement in the physics study of anomalous aerial phenomena. He is an expert in military aeronautics. In addition to many technical papers in all of the mentioned subjects, he has published 17 books and several informative articles on quantum physics, atomic and nuclear physics, astronomy, astrophysics, bioastronomy, physics of anomalous atmospheric phenomena and aerospace subjects. He had many interviews on the media about some of his researches, and he gave many public presentations. During his free time is also a composer of electronic music under the pseudonym "Totemtag".

Using the acronym “UAP” instead of “UFO” to me means no difference, as they mean exactly the same thing: unidentified, not “alien spaceship”. Therefore I have no problem if I use “UFO” when I publish an article or report. It is not the acronym that makes the difference but rather the content of an article, as long as people takes the patience to read it. Unfortunately superficiality triumphs on both sides when someone reads the word “ufo”: believers think that who uses the word “ufo” is a believer as well, and skeptical think exactly the same. In both cases people tend not to read critically (or not even read) the context in which the “ufo” word is used.

Since 30 years ago I was fascinated by the idea that some of the ufos were of extraterrestrial origin. I collected some 5000 ufo books, at least. Except for 5% of them very soon I found the stories therein so boring, incoherent, ridiculous and unscientific that my “wishful thinking” that ufos are due to alien visitation vanished like snow in the sun. At the present time I have literally thrown away 95% of those books and kept only the ones which show at least a shadow of scientific approach and/or critical analysis. What I matured finally in my mind is as follows. There are anomalous phenomena of probable natural origin, which are potentially scientifically measurable, and this is my field. But, even if this is not my field, there is also a totally unsolved mystery about the mind or psyche of the witness or the experiencer of ufo phenomena (from CE-1 to CE-5): maybe being able to study and interpret the witness itself is more important than taking measurements of a strange phenomenon outside, where probably we would quantitatively analyze only the tip of an submersed iceberg. Since at least a decade my interpretation of the ufo phenomenon is very close to the one by Dr. Jacques Vallee, although maintaining my interest and motivation in taking good measurements of the aerial phenomenon when this is possible (such as in Hessdalen) and in carrying out SETI-related studies.

Absolutely yes. I explained this very extensively in my book “Sfere di Luce” (Macro Edizioni). The cases in which an IFO (natural, astronomical or manmade) is passed for a UFO are really very many and they constitute in my opinion a very large part of all sightings. Therefore, if UFO = Signal, IFO = Noise. The more we are able to eliminate the Noise the more we can potentially understand what an UFO might be. This is a sort of calibration. Science proceeds only in this way, but this is also a healthy use of common sense. I tell this also in order to protect the general public from deception. Critical thinking and rigor, joined with some healthy openness of mind, are the only prerequisites for the mental health of people and at the same time for the advancement of science in those territories that are still unexplored.

4) If there were still some unexplained phenomena, what could it be?

I think that most of all they could be natural phenomena that we are not able yet to interpret scientifically. I might mention in particular ball lightning and Hessdalen-like phenomena. But there are also unknown “psychic phenomena” that are strictly related to many ufo incidents, which should be studied more in depth. Maybe the witness is the true biggest mystery?

I maintain the idea that the phenomenon must be studied scientifically (when it is possible, such as in recurrence areas of the world). The percentage of real UFOs is on one side very little and on the other side so scientifically interesting (both to physicists and to psychologists) that not studying it would be a crime against intelligence and curiosity. The less this uncomfortable phenomenology is studied and the more we’ll leave it all to charlatans and cultists. We cannot throw continuously the dust under the carpet, as that 2-D carpet might become soon a 3-D hill. And science (even a new science, if necessary) is a lantern in the darkness, while science and “political correctness” are not at all the same thing. In my vision science should be more similar to a machete that is cutting wedge inside an unexplored garden.

So far there is no truth available about the phenomenon, therefore there is no way to change the mind of people by inserting into their mind new data or beliefs. If anything, people must be more educated in critical thinking, namely in methodology rather than worshipping the issue per se. And yet eliminating the idea that UFOs are of extraterrestrial or extradimensional origin is not scientific as well: this is a possibility that cannot be excluded a priori by science, as an act of anti-faith, even if so far no evidence about this is available. Science, in its pure conception, is just aseptic and every interpretation is only based on objective data of whatever origin.

Absolutely yes. Astrophysical techniques allow us not only to search for possible intelligent signals coming from exoplanets but also to verify if their mother star has been engineered and if artificial planetoids are sent from there into deep space. I believe that this has nothing to do with UFOs that are seen inside our atmosphere.

There are several models about this. Physicist and cosmologist Max Tegmark postulated up 4 variants: universes with different physics and constants than ours, or with the same physics. They are all mathematically coherent models. Theoretical physicist Hugh Everett Jr. by re-interpreting the meaning of “wave function collapse” in quantum mechanics postulated the existence of many (or even infinite) dimensions that are parallel to ours. Superstring theory postulates up to 26 dimensions. They are all mathematical models, but so far there is no experimental proof of multiple universes or dimension. I would like to add something more that is triggering my mind since a long time. This has to do with that mystery that we call “consciousness”. In spite of the standard politically correct Cartesian ideas I have doubts that matter and consciousness are disentangled the one from the other. I cannot exclude that consciousness is a door to other realms, but I am frustrated to think that maybe a scientific explanation of this will never come out.