Article by Massimo Teodorani
Astrophysicist from Bolonia, Italy, and member of UAPSG-GEFAI 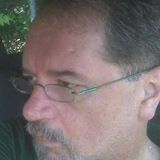 I just finished reading the article on physical review letters on the discovery double confirmed today (February 7, 2017), which basically consists of: 1) Clear evidence of gravitational waves produced by black holes tracks ("Mergers") when they come together Between them after spiralizzato in their mutual orbit; 2) Observational further confirmation of the existence of black holes.
Aside from all the technical details of this exceptional article signed by (literally) hundreds of physical and astrophysicists where they show in great detail the way in which any source of noise instrumental was minutely excluded as possible because of the signal, I found I was particularly Struck by the extreme numbers * * popping up:
1) the radius of the orbit of the binary system of black holes: 350 km. That is to say: about 430.000 times smaller than the distance between earth and the sun. Which corresponds to an orbital period, at the time of merging, the order of 300 revolutions per second, amounting to a value next to the speed of light, amounting to a value of more than 9000 billion times less than the orbital period of Earth around the sun.
2) energy produced in the event of merging gravitational brightness (Peak): more than 10 ^ 56 erg / SEC (i.e. 1 followed by 56 zeros). Which means this kind of event is 100 billion times more powerful than a supernova explosion of standard (10 ^ 45 erg / SEC), and a million times more powerful than a gamma-Ray Bursts typical (or a hypernova) (10 ^ 50 erg / SEC).
3) a wavelength calculated for the gravitational wave (Graviton) detected: 10 ^ 13 km. That is to say: ten thousand billion km, i.e. one hundred million times more long radio waves known longer, the elf (extra low frequency), and one hundred thousand billion billion times more long of electromagnetic waves in the gang optics.

The signal detected by LIGO and company, corresponding to a change in the space of one thousandth of the diameter of the proton, is of a magnitude, in terms of space as it is down to a gravitational wave, infinitely small for such powerful phenomena. So to detect gravitational waves need events of disproportionate power and extremely sensitive detectors. The Laser Interferometer LIGO (which is not a antenna...) in his next releases will triple the signal-to-noise ratio (in essence: the sensitivity) and then probably we will also be able to detect events a lot less energy, such as the fusion of two Neutron Stars or the collapse of a neutron star in a quark star.
Another example: 1) if we did not have an accuracy of 1 CM / SEC (and today of a 1 MM / SEC) in radial velocity of optical spectra we would never have found out (with the gravitational-Spectroscopic method) Exoplanets and that it should be only and exclusively to the sophistication of the instrumentation of measurement used; 2) if we couldn't detect periodic changes of a part in a million and passes on the brightness of a star we would never have found out (with the method of photometric Transits) Exoplanets of earth's size and this has only the power of spatial resolution and the dynamic range of the new rooms CCD.
This what it means in money? It just means that: (a) without measures and without tools doesn't real science (regardless of the great ideas of the geezer and sophisticated mathematical Riemann and Ricci-Curbastro they validated theoretically); (b) the figure of the mad scientist block today It's not worth more if you want to allow the creation of a) but the results are coming only after the coordination of the technical work of hundreds of "worker bees".
But if there are no geniuses blocks (book that stimulates the "Queen Bee") who watch over the ditch all this process could never leave. Science is made up of small and sparks of fire into flames after. Without Sparks nothing happens, and without fuel means nothing happens the same. For which figures as the geezer are indispensable. Unless, of course, figures like her should not fill of water buckets with holes.