WHY THE RELIGIOUS IDEA IS LINKED TO UAPs? 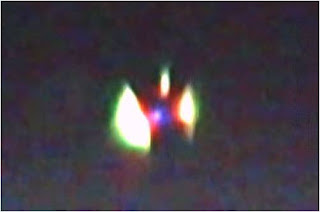 WARNING: This article does not condone the existence of religious sects created around the UAP. It only tries to give an explanation about why they emerge.


Let me start by saying that the unknown by itself, exerts a special attraction, is something numinous, mysterious.


I concur with Dr. Jacques Vallée that throughout all the human history, there have been extraordinary events seen in the sky most of which at the time had no rational explanation. People were amazed, and found in their religious faith a refuge or an acceptable explanation.


But I do not go so far as to think that those phenomena couldn’t even be explained today, or that they belong to a parallel universe that interacted with ours in the past and does it today; and that they are of the same nature or belong to the same realm or have the same origin.


That is undoubtedly an interesting hypothesis, very attractive and persuasive. But it has to be demonstrated, and that has not happened and probably never will happen.


Taking the date of June 24, 1947 as the beginning of the “flying saucers” era, the time when this subject started to be scientifically investigated and studied, it is nevertheless interesting that there is an underlying link with religion and faith.


A lot of people tend to think that there are aliens visiting Earth, or that they have been here for centuries, even that they are our ancestors or creators.


When people that adhere tightly to rationality, right thinking, and deplore superstition, react and reject this religious approach, and moreover, they fight against the existence of religious sects that have been created under the premise that we have “cosmic brothers”, all mixed with faith in Jesus, etc. it is good to throw a fresh look at the whole subject.


You will agree with me that it is quite strange that a high ranking military would mention twice in a press conference, “the Bible times”, in reference to the UAP subject.


But that was precisely what Major General John A. Samford, then nothing less that USAF Director of Intelligence, did.


On his famous press conference given in the Room 3E-869 at the Pentagon, on July 19, 1952, at 4:00PM he said:  “We know that reports of this kind go back to Biblical times”. And again: “There is more man-made activity in the air now than there was, certainly, in the Biblical times…”


The obvious question is: why that mentions and comparison to the “Biblical times”? Is it there a link? And if so, what kind of link? Is it fair to establish a link?


Vallée would say yes, there is a link, the link of a non-human conscience that manipulates time and space, that has been present throughout the history, and that seems to mask itself to adapt to different cultures, with the purpose to control the human beings.


In a totally different way and vision, Erich Von Däniken and Zecharia Sitchin point to “ancient astronauts” who started religions in the world with the clear purpose of domination.


But why people nowadays are so open to those approaches that deal with faith?


And Jesus taught a prayer to his disciples (Matthew 5:9-10)  that begins saying: “Our Father, who art in heaven…Thy will be done on Earth as it is in heaven”.


These are the teachings that are taught to children in the Catechesis and the Sunday Schools.


Therefore, it is not strange that a considerable part of humanity thinks that we have a main ancestor “in heaven”, that we are creatures of that ancestor, that angels are doers of the will of this Father, and that that they descend and ascend to heaven.


And this is extremely important if we want to consider objectively why so many people adhere to the idea of beings coming from the Space, their connection with us, a possible purpose or plan, etc.


I personally sustain that the UAP subject should and must be considered through science and by scientists. That there is enough room to do so, and that it is the only valid way to get to know something about different phenomena that are put together under the classification of Unusual Aerial Phenomena.


This has already allowed discovering some extraordinary characteristics of plasma, for instance.


On the other hand, people declare properly that they “believe in UFOs”, in the sense of extraterrestrial vehicles. For them it is not a matter of discussion, investigation, study and conclusion. They just believe, and that is all what they feel they have to do.


The danger of this situation is that their belief most of the time is based on false information, on the clear marks of a job of psychological operation, and/or the words of a charlatan.


Therefore, their original Jewish-Christian faith helps them very easily to adapt it to a technologically developed society, and the UAPs as a representation of a powerful and superior technology are accepted without reservations.

From my viewpoint-- that is what is happening currently.