We are verifying a very worrisome and dangerous tendency among some people who do not trust on science, but instead prefer to accept what any eloquent individual says on a TV series, particularly if that person pretends to know what is talking about, and the series has the appearance, --and only the appearance-- of a serious documental material.

Some people distrust NASA but they accept enthusiastically those pseudo-documentaries that tell them stories that blame the USAF or other official agency for supposedly hiding data or information, without realizing that such  material comes from the same country they don’t trust.

Therefore they tend to accept uncritically whatever story is given, whatever idea is developed, whatever apparent explanation is offered, without a minimum demand for evidence and proof. 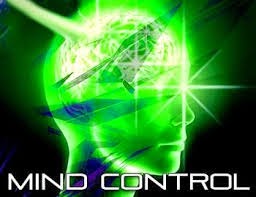 At the end, they are welcoming the absurd, they are taking for facts what  --at their best-- are mere speculations, or just simply and deliberately disinformation. They don’t realize that they are the subjects of manipulation and brain-washing.

Captivated by the visually good presentations and apparently convincing arguments, this people tend to believe in all what they see, and later, thinking they are well informed, they do not hesitate to dispute and even attack those who follow the principles of scientific methodology and therefore manifest their objections to what that people believe and try to make them use their mind.

People are inundated by programs produced mainly by the History Channel, that inoculate the idea of “aliens”, “the extraterrestrial”, all mixed with “UFOs” from the antiquity, on a daily basis.

Some people simply consider that if those things are dealt and shown on TV they are true.

They don’t even think that they are contributing to rate those programs, and that for the producers the rating marks the level of acceptation of that line of work. So, they will repeat it and continue with it because they got a success.

But all this has nothing to do with the subject dealt in those programs because of the way they do.

We are under a deliberate psychological operation to alienate the people about the reality, the truth, sincerity, honesty and respect for the scientific work.

It is time to do something to counteract  this very dangerous tendency and to revert it as much as possible.

We personally recognize and support the work of journalists like the Mexican César Buenrostro, who struggles all the time to reveal secrets and tell the people the truth behind a lot of stories that essentially are no more than that: stories.

We encourage other journalists and all the investigators and students of the Unusual Aerial Phenomena to do as much as they can, writing, preparing  radio or TV programs, writing a blog, and making them known to journalists, etc. in order to share and disseminate the truth.

This is already an imperative!

We have to develop our good battle against lies, fraudulent stories, merchants, people that are using the UAP as a way of living.

We need to put decency in the midst of such a very chaotic and prejudicial situation.

The facts are really our ally. They are on our side.

We have to demonstrate the many unsustainable stories that appear on the History Channel and some other channel too.

We are called to give good explanations of what is apparently strange or unexplainable, and to what is reputed of “alien origin”.

In the name of honesty and the truth, let’s give real information and clarify the minds of the consumers.