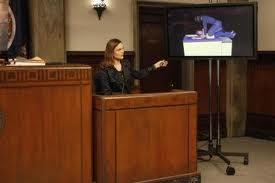 In a recent article published by the magazine Scientific American, on August 25, 2011, Katherine Harmon, the author, writes certain concepts that should be taken into account when as UAPs investigators, we rely on the testimony of eyewitness.

Harmon writes: “As science has long demonstrated, eyewitness accounts are frequently riddled with errors. Human memory in general is far from perfect –working less than a video camera than an ever-evolving collage, studies have shown.”

“A recent survey found that some 63 per cent of U.S. adults thought that memory passively records events, per the video camera model. And the same survey found that more than one-third of respondents thought that one witness’s “confident” testimony is enough evidence to convict a suspect. In nearly three-quarters of cases in which DNA evidence has exonerated a suspect, eyewitness testimony was involved in the original conviction process.”

“Not only can people often miss obvious details in a scene (such as a person in a giant gorilla costume), but they can also be led, with relative ease, to “recall” things that never actually occurred. These so-called false memories can be implanted intentionally or accidentally through poor questioning methods. “Misinformation has the potential for invading our memories when we talk to other people, when we are suggestively interrogated or when we read or view media coverage about some event that we may have experienced ourselves”, Elizabeth Loftus wrote in 1997 in Scientific American. Loftus is a psychologist at the University of Washington who has studied the field for decades.”

Although the article is referred specifically to the legal environment, e.g. cases submitted to courts, nevertheless the concepts here mentioned are totally applicable to the interrogation of witnesses with the purpose of investigate UAPs reports, and the credibility given to them.