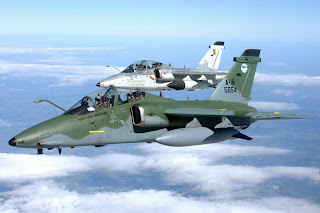 The news are of today, Wednesday, August 11, 2010. The Brazilian government ordered the disclosure of the Brazilian Air Force UFO files.

An exemple that should be followed by Air Forces and official agencies of other countries.

Here are the news:

RIO DE JANEIRO - (AP) Brazil has ordered its air force to document any UFO sightings and make the data available to researchers and the public.

A decree in the official gazette says the air force will register any sightings by military and commercial pilots, along with air traffic controllers.

A spokesman says the air force has UFO archives dating back decades, but there had been no official order on what to do with the material. The spokesman could not be named under air force rules.

All past and future data — whether written reports, photos or video — will be processed by the air force and then housed in the National Archives in Rio de Janeiro.

In the decree published Tuesday, the air force says it will periodically submit UFO reports.