THE CASE OF AMERICAN AIRLINES FLIGHT 2292 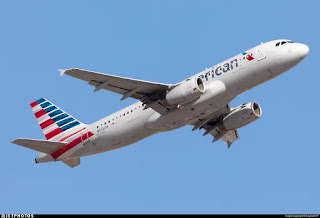 Tyler Rogoway is a journalist specialized in updated military information. He runs a webpage named “The Warzone” which we recommend.

Recently, on February 21, he reported the following:

“American Airlines Flight 2292, an Airbus A320 flying between Cincinnati and Phoenix on February 21st, 2021, had a bizarre close encounter with what its crew described as a "long cylindrical object that almost looked like a cruise missile" moving extremely fast over the top of their aircraft as it cruised along at 36,000 feet and 400 knots. The incident occurred over the remote northeast corner of New Mexico, to the west of the tiny town of Des Moines.”

At approximately 1:19 CST on the Albuquerque Center frequency of 127.850 MHz or 134.750 MHz (recording wasn't frequency stamped), the pilot reported: "Do you have any targets up here?  We just had something go right over the top of us - I hate to say this but it looked like a long cylindrical object that almost looked like a cruise missile type of thing - moving really fast right over the top of us."

According to Flight 24 and Flight Aware AAL 2292 was over the northeast corner of New Mexico west of Clayton, New Mexico. No reply was monitored by Albuquerque Center because local (Amarillo) air traffic walked on top of it. AAL 2292 was near flight level 370 (37k) at the time of the report.

No significant military aircraft presence was noted on ADS-B logs.

The aircraft flew on to land in Phoenix, AZ.

“Less than 48 hours after our initial reporting on an outright strange incident involving American Airlines Flight 2292 as it flew at 36,000 feet over the northeastern corner of New Mexico on February 21st, 2021, we have confirmation that the event in question did indeed occur and that it is being investigated by the FBI. The incident involved pilots of the Airbus A320 being buzzed by an unidentified cylindrical-shaped object moving at high-speed, which resulted in them querying the FAA's Albuquerque Air Route Traffic Control Center.”

The title of  “The Warzone” read:

The radio transmission regarding a rogue cylindrical-shaped object traveling at high-speed near the Airbus A320 is authentic.

And effectively, Rogoway received this confirmation from American Airlines:

“Following a debrief with our Flight Crew and additional information received, we can confirm this radio transmission was from American Airlines Flight 2292 on Feb. 21. For any additional questions on this, we encourage you to reach out to the FBI.”

And on February 24, The Warzone announced:

After nearly three days of waiting, and following American Airlines confirming the incident to The War Zone, we finally have received a statement  from the Federal Aviation Administration (FAA) regarding the recent  bizarre encounter between American Airlines Flight 2292 and an unidentified fast-moving cylindrical object over New Mexico.

The short  statement of the Federal Aviation Agency says:

“A pilot reported seeing an object over New Mexico shortly after noon local time on Sunday, Feb. 21, 2021. FAA air traffic controllers did not see any object in the area on their radarscopes.”

West suggested that the AA case could have been triggered by a Learjet airplane "that passed at an angle in front and above Flight  2292 during this portion of its flight".

But, as Rogoway points out: "One major issue with this theory was that this occurred about nine minutes before the radio call was supposedly made. In addition, the Learjet was traveling 5,000 feet above the Airbus and passed in front of it at an angle about eight miles in distance. This is not something out of the ordinary that the pilots should have reacted to in such a puzzled fashion.”

“All that being said, this could turn out to be a case of misidentification with a number of contributing factors. Absolutely! Hopefully, we will get the whole picture very soon. FAA is key here. Awaiting another update on situation.”

The FBI was mentioned by the brief report of American Airlines.

The media requested information from the FBI and here is the statement  received:

"The FBI is aware of the reported incident," spokesperson Frank Connor wrote in an email.  "While our policy is to neither confirm nor deny investigations, the FBI works continuously with our federal, state, local, and tribal partners to share intelligence and protect the public. Anyone who is aware of suspicious or criminal activity should contact their local law enforcement agency or the FBI."

And in this way, here stays the case so far.