SPACE CONSCIENCE AND THE LONGING FOR EXTRATERRESTRIAL INTELLIGENCE 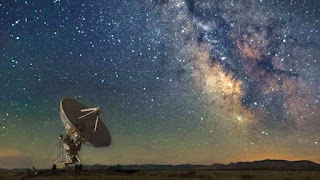 Since the launch of the first American satellite in orbit (the Explorer I in January 31, 1958) the increasing space activity that sent capsules Mercury, Gemini and Apollo, the six missions that landed on the Moon, the robotic missions to Mars and other planets, the dozens of probes launched also to asteroids and comets, the extraordinary images brought by the 16 space telescopes launched by India, Japan, a group of European nations and the United States, plus the Search for Extraterrestrial Intelligence, the flights of Shuttles  and Soyuz capsules to the International Space Station, the spectacular launchings of private rockets, and –last but not least—the discovery of exoplanets, have created an enthusiasm and a special environment among astronomers prone to the discovery of life somewhere else, and to speculate about the possibility of finding intelligent life.

NASA reports that “To date, nearly 4,000 exoplanets have been discovered and considered "confirmed." However, there are nearly 3,000 other "candidate" exoplanet detections that require further observations in order to say for sure whether or not the exoplanet is real.”

And the report adds:
“Since the first exoplanets were discovered in the early 1990s, the number of known exoplanets has doubled approximately every 27 months.”

For me, a curious phenomenon is happening among –at least— some professional astronomers: the expectative to find and made contact with another intelligence, the longing for extraterrestrial intelligence.

It seems that we as species are bored or tired to be alone and started wanting someone else to establish a dialog and possible fruitful relationship.

But this is –surprisingly— a very innocent or romantic vision about what could mean to us the discovery of another intelligence.

Personally, I am very concerned about this enthusiasm for making contact with a possible other intelligence.

I do remember the wise warning launched by one of the most brilliant talents of the world, the theoretical British physicist Stephen Hawking when he said: "One day, we might receive a signal from a planet like this, but we should be wary of answering back. Meeting an advanced civilization could be like Native Americans encountering Columbus. That didn’t turn out so well".

I am persuaded that there are professional astronomers eager to send back a signal, but then probably, we should be prepared for the worst: an invasion and the extinction of the human species.