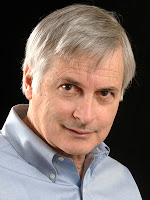 Is Earth being visited by space aliens? A lot of people think so, although few of them are scientists. Professional researchers are not easily persuaded by eyewitness testimony, blobby photos or claims that evidence for itinerant aliens has been stashed away by a paranoid government.

Put more succinctly, academia doesn’t put a whole lot of credence in the incessant claims that some of the thousands of UFOs sighted every year are actually alien craft. But at least one scientist has recently gone on record suggesting that the clipboard-carrying crowd should be a little less sure.

That scientist is Silvano Colombano, a computer expert and roboticist at NASA’s Ames Research Center in the heart of Silicon Valley. He was a presenter at a conference about new approaches in the search for extraterrestrial intelligence (SETI) held earlier this year at the SETI Institute in Mountain View, California. Colombano says the skeptical attitudes of most researchers might be too cramped. They could be throwing the infant out with the bath water.

He cited this example: If you approach your favorite astronomy professor and see what she has to say about interstellar rocketry, chances are she’ll roll her eyes. The energy required to accelerate an Enterprise-size starship to near the speed of light is greater than can be wrung from all the remaining fossil fuel on Earth. Fast travel between the stars is incredibly difficult (or impossible), she’ll say. So forget the idea of little gray guys piloting saucers in our airspace. Their home planet, wherever it might be, is just too far away.

But there’s an assumption here, as Colombano pointed out. Namely, that the aliens are biological, and require a fast transit between star systems to forestall dying en route. This small problem, after all, was the motive for Star Trek’s (fictional) warp drive.

However, there’s a fix for that: Get rid of intelligence that dies. Anyone who’s not a total troglodyte knows that artificial intelligence is on the way. By the end of this century, it’s possible that the smartest thing on Earth will be a machine. Since most star systems are billions of years older than our own, you can be sure that any clever inhabitants out there have long ago relegated biological brains to the history books, and are homes to very smart, and possibly very compact, thinking hardware.

As Colombano says in a news paper, “Given the fairly common presence of elements that might be involved in the origin of life… it is a reasonable assumption that life ‘as we know it’ was at least a common starting point, but our form of life and intelligence may just be a tiny first step in a continuing evolution that may well produce forms of intelligence that are far superior to our and no longer based on carbon ‘machinery.'”

Well, an obvious advantage of non-carbon machinery is that it needn’t be cursed with a short lifetime (this despite the experience you may have had with your laptop). Truly sophisticated devices can be self-repairing. Consequently, they can go great distances simply because they’re in no hurry to get to their destination.

This has a profound consequence. Earth has been trundling around the sun for more than 4 billion years. Even at the modest speed of a NASA rocket, that’s more than enough time to get to our planet from anywhere in the Milky Way Galaxy. If the passengers don’t mind spending billions of years in a middle seat, they could to it. Compact machines wouldn’t take much space, and wouldn’t groan at the long transit time.

So, what should we conclude? Clearly, it’s possible that some alien intelligence has decided to come to our solar system and check Earth off its bucket list. Doing so doesn’t violate physics. This might have happened 100 million years ago or a billion years ago, and we wouldn’t know.
But the more appealing thought for many people is that we’re being visited now. Of course, a scientist would consider such a suggestion of interest only if it could be corroborated by observation. Bright ideas are nice, but evidence rules.

So Colombano suggests that massive computers be applied to finding such evidence among the many thousands of UFO sightings. Maybe there’s a gold nugget in all those reports. As Colombano points out, if there’s something to be discovered, we won’t find it unless we look.

This article was originally published on nbcnews.com.

1) First of all, I thank Seth Shostak, Astronomer and someone engaged with the Search for Extraterrestrial Intelligence (SETI) by more rational ways than the febrile imagination of Mr.Colombano.

2) Mr. Colombano is not an astronomer –not even an amateur one. He is an expert in computation and robotics. His world is that of artificial intelligence. To expect that this surpasses the intelligence of the human being is to have in very little consideration the human being itself. The machine will never overcome the capacity and creative ingenuity of humans and never would feel sorrow, happiness, and above all, love.

3) Mr. Colombano's argument can be accepted as long as an intelligent civilization does the same thing we are doing by sending probes to Mars and other space destinations, to explore and obtain valuable information. That is, the machines help us not to risk from the beginning to go to another side, before knowing well what are the natural conditions of a planet. But a thinking mind is required to organize the sending of probes or scouting devices, and that as part of a plan. We are not going to another planet, no matter how distant, for the sole purpose of sightseeing or to satisfy simple curiosity. And still, there would be someone who has an interest. Otherwise, interstellar travel of hundreds or thousands of years makes absolutely no sense.

4) Already entering the subject UFO itself, which Mr. Colombano has apparently not the slightest idea, it is necessary to establish from the beginning, that it is useless -from the scientific point of view- to consider or work with "thousands of observations", because the question is not quantity, but quality.

The experience of serious researchers on the subject is that when the observations are properly investigated, it ends up giving them an explanation in 99% to 99.5% of the "UFO reports". So Mr. Colombano should consider this reality. Maybe then he would realize that he will not need "giant computers", and it is highly possible that he will not find any "gold nuggets".

Also, to look for something whose origin could be thousands or millions of years, does not affect our daily life at all. Another thing is to think of a nearby origin and relevant current events. But it has been a while since the "aliens" have stopped flying their devices, and only photos and videos of conventional objects are collected, which enthusiasts of the ET attribute in good faith an identity they do not have, or tricks made deliberately to continue maintaining a group of adherents to the myth.