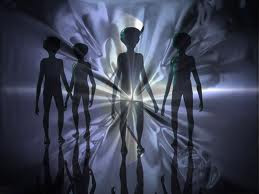 The mystery that began back in 1947, usually called as the "UFO Phenomenon", continues.
Many cases have been explained, others raise questions and a small percentage is mired in mystery.

Now there are many people dedicated to study the issue seriously, for which it has become a permanent challenge.

They do it voluntarily without receiving any financial compensation in return. They are moved only by the idea of ​​solving the mystery.

Unfortunately there are those who use it to its personal profit, exploiting the fantastic and mystical side, which generates for them interesting monetary income.

These I call "sellers of fantasies and illusions."
A friend researcher calls them "mountebanks"
For them UFOs are not such because they already know what they are.
The mystery is solved ...
They claim they are alien spacecraft and some say they have
them as guests and traveled to distant planets.

They tell permanently their stories and sometimes when they repeat some of them they do it differently, changing some facts, etc., but no one corrects them.

The sad thing is that many people believe them without even analyzing
its improbable and impossible stories and pays to listen.

So much has gone down the cultural level of the world we live in?

When I call them "sellers of fantasies and illusions" I do so, assuming
they really know what they preach is not true.

If, however, these individuals believe they are telling true stories, the term "sellers of fantasies ..." wouldn’t apply and they should be called within the frame of some psychiatric pathology, which would make them more dangerous ...

Maybe there could be a bit of both.

Fortunately they are not so many and they are easily recognizable....

Either way, they are individuals who contribute nothing positive to the study
of UFOs and instead what they do is make matters worse for those who seriously deal with it.

For those willing to pay admission to any conference, speech, etc. of anyone of them, my advice is to spend money on a ticket to see some science fiction movie.

As bad as it may be, it will be better than the conference.

Co-founder of CIOVI, one of the pioneer institutions in Latin America dedicated to the investigation and study of the Ufo Phenomenon, he is seasoned expert on the subject with more than 54 years of experience. CIOVI was closed when it reached its 50th Anniversary. Now Mr. Vazquez is a member of the UAPSG.
Posted by Milton at 9:08 PM