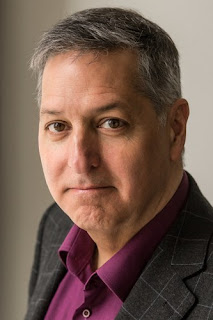 I owe my most sincere excuses to Professor Greg Eghigian (Associate Professor of Modern History at Penn State University) because now that I made my trip to Uruguay and Argentina and get my laptop with me, I discovered an excellent article that Prof. Eghigian wrote on July 28, 2020, and was left there unnoticed because every day I am using my PC and not my laptop.

I read the article and found it so valuable and prevailing that I decided it deserved to be shared with our selected Members.

Therefore, here it is:

The latest report on military study of UFOs is just as tantalizing—and unilluminating—as all the ones before. 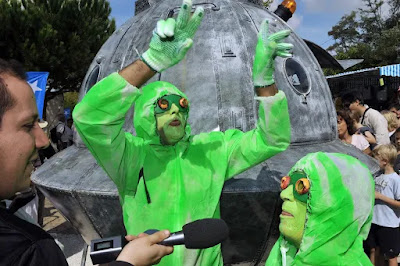 “At long last the American press and the American public are demanding to know what the Defense Department knows about these strange craft and their strange operators,” writes broadcaster and writer Frank Edwards. “The day of the denouement cannot be far away.”

This sentiment is shared by many who took note of the New York Times’ most recent report on the military’s tracking of unidentified flying objects. On Thursday, Ralph Blumenthal and Leslie Kean—who in recent years have published a number of articles about the U.S. government’s interest in UFOs—wrote that military authorities have not only been tracking reports of unidentified flying objects but will soon be revealing their findings. The article cites a U.S. Senate Select Committee on Intelligence Report from June confirming that there exists an “Unidentified Aerial Phenomenon Task Force” in the Office of Naval Intelligence. The task force is said to be involved in standardizing the “collection and reporting on unidentified aerial phenomenon, any links they have to adversarial foreign governments, and the threat they pose to U.S. military assets and installations.” Expressing concern that collaboration among intelligence officials about such unidentified phenomena has been “inconsistent,” the Senate committee has asked the director of national intelligence to submit a report in the next six months “on unidentified aerial phenomena (also known as ‘anomalous aerial vehicles’).

The report says nothing about spacecraft or possible alien visitors, and the expressed interest of the committee in these unidentified objects is about possible threats to national security, not extraterrestrial science. But the mention of UFOs in the headline of the article reflects what attracts most readers to stories like these, and Blumenthal and Kean do not disappoint on this count. The article quotes Eric W. Davis, an astrophysicist who has been investigating UFOs and other paranormal phenomena since the mid-1990s. Davis claims that examination of debris that has been retrieved from UFOs has led him to conclude, “We couldn’t make it ourselves.” He also is quoted as saying that he has briefed officials several times in the past year about unexplained objects that are “off-world vehicles not made on this Earth.” Davis’ remarkable claims seemed to be substantiated by former Sen. Harry Reid, who the article said had acknowledged that UFO crashes had occurred and materials had been secretly recovered for decades—at least at first.

In short order, a lengthy correction was appended:

An earlier version of this article inaccurately rendered remarks attributed to Harry Reid, the retired Senate majority leader from Nevada. Mr. Reid said he believed that crashes of objects of unknown origin may have occurred and that retrieved materials should be studied; he did not say that crashes had occurred and that retrieved materials had been studied secretly for decades. An earlier version also misstated the frequency with which the director of national intelligence is supposed to report on unidentified aerial phenomena. It is 180 days after enactment of the intelligence authorization act, not every six months.

Soon after the article was published, Reid tweeted, “I have no knowledge—and I have never suggested—the federal government or any entity has unidentified flying objects or debris from other worlds.” Some felt that the apparent overreach in the initial text reflected the motives of the authors, who in an interview on Saturday dodged the question of whether they believed the unidentified objects were the work of aliens. Journalist Keith Kloor, a vocal critic of the Times’ UFO coverage, tweeted, “If UFOs were truly a national security threat, as NYT keeps suggesting, don’t you think it would put a reporter with relevant experience on the story? Instead, it keeps assigning a freelancer who belongs to a UFO organization,” referring to Kean’s membership in UFODATA. And blogger Christopher Bales and Politico’s Bryan Bender have raised questions about Eric Davis, looking into whether he is in fact employed where he says he’s employed, his close ties to UFO crusaders, and his seeming breach of protocol in publicly talking about apparently secret recovered debris.

Articles like this one consistently connect with readers who are drawn to prospective government revelations about the extraterrestrial origins of UFOs—a curiosity alternately encouraged and discouraged by co-author Ralph Blumenthal. One reader commented that “The government, or people closely associated with it, have successfully conspired for decades to suppress evidence of alien visitation.” In response, Blumenthal wrote that the statement “may not be far off,” and he was adamant that he and his colleagues “have high regard for Eric Davis’s credibility.” That said, when comments were made referencing Davis’ belief that the recovered debris was not from Earth, Blumenthal insisted, “He didn’t say aliens and neither do we.”

Slate is now hosting virtual events. Be the first to find out when and how to join.

Be the first to find out when Slate announces new events.

Many UFO enthusiasts see these new developments as a sign that we are on the brink of full disclosure about visitors from outer space. They have been buoyed by the crusading efforts of a number of individuals with whom Blumenthal and Kean have consulted, including former intelligence officials Luis Elizondo and Christopher Mellon. The two have gone on to work at a for-profit company called To the Stars Academy of Arts and Sciences, which is committed to solving the riddle of UFOs. And last May, Elizondo, Mellon, and former Blink-182 band member Tom DeLonge all appeared in a new History Channel TV series in which they campaign for government transparency about UFOs.

But a fair number of others have had another reaction: “ho-hum.” And it’s hard to disagree. Since 2017, Blumenthal and Kean, along with Elizondo and To the Stars, have promised much. Yet, they have delivered little more than evidence that some people in the military have been concerned about some pilots’ aerial encounters, and that when a U.S. senator and a billionaire aerospace entrepreneur with an interest in the paranormal set their minds to creating an office for studying UFOs, some in the Pentagon are willing to listen. Writing for the Cut, Bridget Read economically expresses the sentiment of many: “[J]ust show us the aliens already.”

As a historian, I’m used to seeing events as part of long, often barely noticeable, developments, and I’m generally not given to surrendering to the car-chase pace of hype, copycat articles, and story corrections. And having been trained to have a critical mindset about sources, I’m left dubious by this UFO story. The fact that a small number of names, all part of a network of individuals with shared business interests, keep popping up in these articles should at least give us pause. Moreover, in a story about supposedly innovative technologies and cutting-edge science, no prominent academic specialists are featured or quoted. And it’s curious that while many of the most prominent figures associated with this story clamor for disclosure, they persist in making cryptic references to secret evidence and privately funded research, far removed from the critical gaze of rigorous review and scholarly scrutiny.

But maybe the biggest reason I remain unruffled is that it’s all so very familiar. Reports that definitive government revelations about the alien origins of UFOs are imminent are basically as old as flying saucer sightings themselves. And the hopeful have always been left disappointed. UFO debunker Philip J. Klass—who referred to himself as the “monitor of cloudy crystal balls”—began collecting such failed declarations in 1977. Writing for the Anomalist in 1998, Martin S. Kottmeyer flagged more than 200 such announcements by ufologists, alien contactees, and various paranormal researchers.

This past May, one of the most respected historians and archivists of ufology, Isaac Koi,  chronicled more than 40 prominent instances between 1950 and 2019 where writers or informants declared that official disclosure about extraterrestrial visitors was just around the corner. Koi has analyzed these claims and found a consistent repertoire of reasons given for such pronouncements: a perceived increase in the frequency of reports of UFOs, a perceived increase in media coverage of UFOs, a perceived increase in the release of official documents relating to UFOs, “inside” information released by government informants, and predictions by psychics.

This bait-and-switch game then is not so much an insincere distraction but rather an integral part of the UFO phenomenon. Thwarted demands for disclosure only add to the mystery surrounding unidentified flying objects. And after all, isn’t the mystery the thing?

Oh, and that quote I started this piece with. It’s not from last week. It’s from Edwards’ book, Flying Saucers—Serious Business, which was published in 1966.